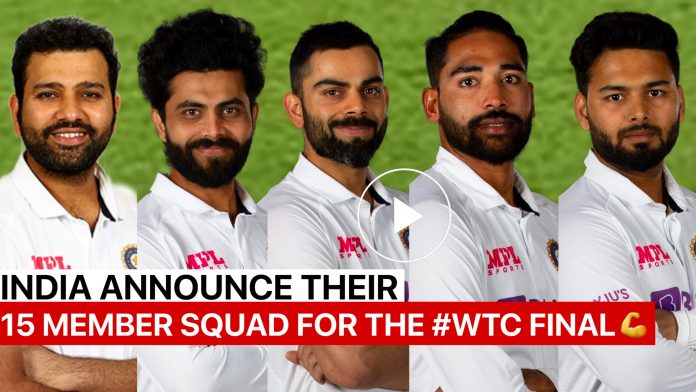 Team India has announced the much awaited 15 member squad that will be up against New Zealand in the finals. After the Kiwis had unveiled their 15 member team, fans were waiting for the Indian team to declare the same. Hence, the Indian team opted to reveal the team of 15 players amongst whom the final 11 will play on the field. 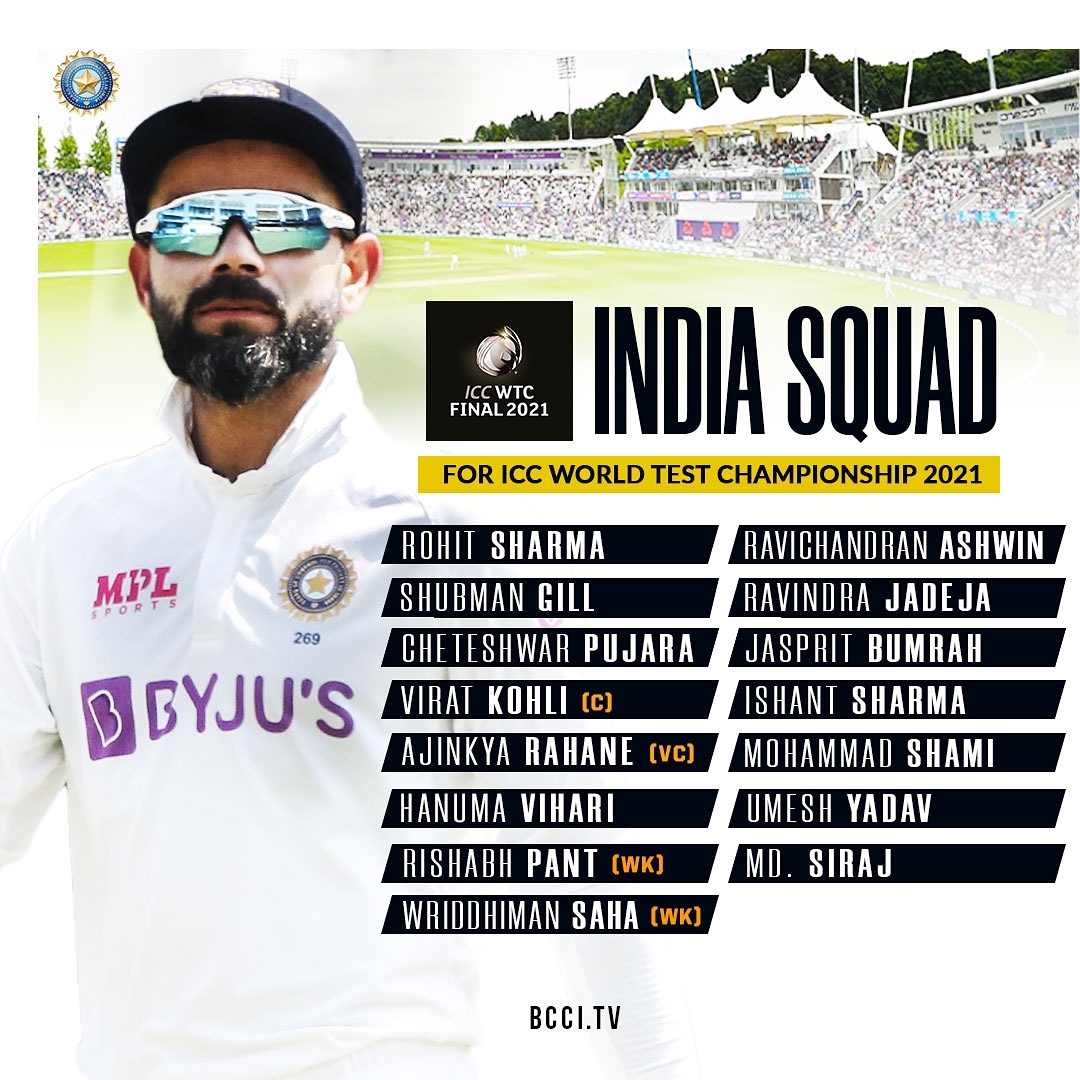 The final 15 of the Indian team for the marquee clash is as follows :

Washington Sundar is the surprising exclusion as he had done well both with bat and ball in the previous two test series for India. However, with both Jadeja and Ashwin in the team, the team management did not have any other option but to drop Sundar. Also, KL Rahul, Axar Patel and Shardul Thakur as well as Mayank Agarwal misses out from the original 20 men squad.

The openers for the Indian team in all likelihood will be Rohit Sharma and Shubhman Gill. Cheteshwar Pujara will be at number three. The skipper Virat Kohli would bat at number 4. Deputy skipper Ajinkya Rahane will be at number 5. After that things get interesting for the Indian team. Both Ravindra Jadeja and Hanuma Vihari are contenders to bat at number 6. While Jadeja brings all round ability at number 6, Vihari is more solid with the bat at that position. India will have to chose only 1 between the two.

Rishabh Pant is a certain starter as a wicket keeper for the final and so is India’s leading off spinner Ravi Ashwin. The fast bowling department is overflowing as the team management is spoilt for choices. All the five specialist pacers are fully fit and raring to go. But only 3 or at most 4 of them can play the match. Amongst them, Jasprit Bumrah is a lock while the other pacers will have to compete for the remaining slot of fast bowlers.

Watch : Emotional statement of Rashid Khan. Says he is hurt for this shocking...