The former Indian all round cricketer Irfan Pathan is a regular at social media. He is one of those few cricketers who puts forward his views on all kinds of issues, ranging from politics to social. This is a reason that sometimes he is caught in controversies. Recently, Pathan was once again a matter of discussion amongst the social media users. 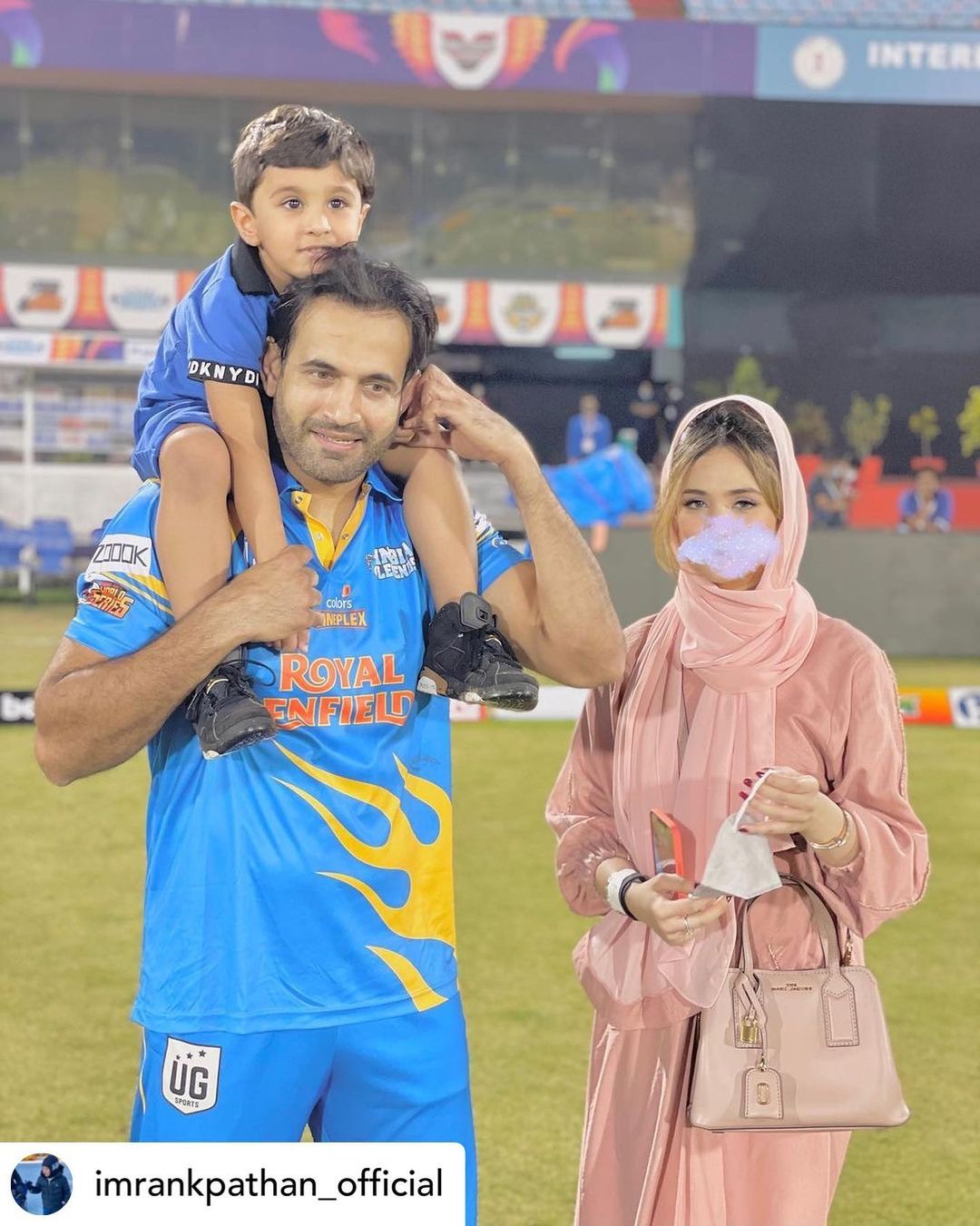 Actually, there was a picture posted from his son Imran Pathan’s account. The picture contained Irfan Pathan, his son and Irfan’s wife Safa Baig. The controversial thing in the picture was Safa Baig’s face. She had her face blurred while posting that image. This thing did not go down too well with the social media users who came down heavily on Irfan Pathan.

They believed that it was Irfan Pathan who forced and coaxed his wife to blur her face, before posting it. After getting trolled and criticized over it for a couple of days, finally Pathan came out with a defense of him over this matter. He posted the similar picture on his own twitter account with the following caption which read:

“This picture is posted by my queen from my son’s account. We are getting lot of hate. Let me post this here as well. She blurred this pic by her choice. And yes, I’m her mate not her master;). #herlifeherchoice

Here Irfan is clarifying that it was the decision of his wife to post a blurred picture of her and she did it by her own will. He did not ask him to do that. Hence, as a husband, he stands by her.

This is not the first time that the former Indian cricketer is caught in a controversy on online platforms. Many of his views on political and social issues are also not well received by some of his followers which becomes controversial at times.

As of now, the Pathan brothers are involved in social work which includes help for the COVID patients. Their foundation named “The Pathan Foundation” is providing relief materials to people since quite some time now. Moreover, the duo keep posting about their foundation on their respective social media platforms every now and then.

This picture is posted by my queen from my son’s account. We are getting lot of hate.Let me post this here as well.She blurred this pic by her choice. And Yes,I’m her mate not her master;). #herlifeherchoice pic.twitter.com/Xy6CB2kKWA