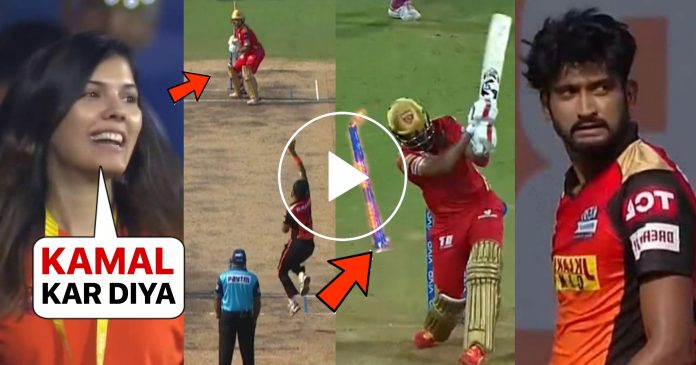 Sunrisers Hyderabad have bundled out Punjab Kings for a low total of 120 runs at Chepauk, Chennai. Nothing went right for Punjab as all their batsmen struggled. It was a combination of some amazing bowling by Sunrisers as well as some poor shot selection by batsmen of Punjab Kings.

Shahrukh Khan was the top scorer for Punjab Kings. The all rounder from Tamil Nadu made 22 runs in 17 balls and helped his team cross the total of 100 runs. Mayank Agarwal also made 22 runs, but he struggled to time the ball properly, as his strike rate 88 suggest. 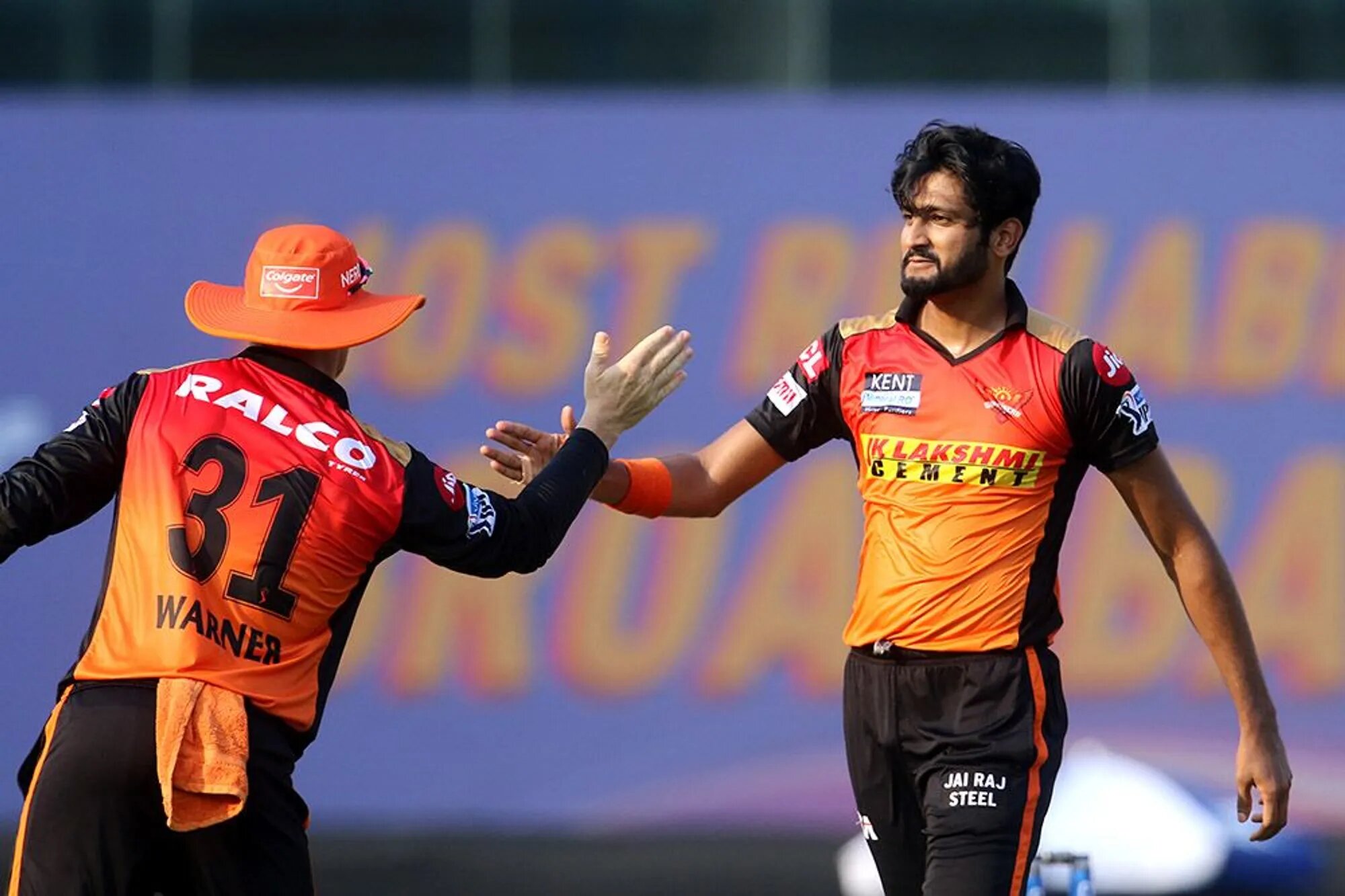 All the bowlers of Hyderabad were spot on with their line and lengths. Abhishek Sharma took 2 wickets and gave 24 runs in his four overs. Similarly, Bhuvneshwar Kumar gave just 16 runs in his 3 overs and picked up 1 wicket. Rashid Khan was brilliant as usual and bowled economically to register a figure of 4-0-17-1.

However, it was the left arm pacer Khaleel Ahmed, who broke the back of Punjab Kings by taking 3 wickets and giving 21 runs in 4 overs.

Ahmed’s first victim was opener Mayank Agarwal. He was taken at deep mid wicket in a brilliant style by Rashid Khan. Agarwal made 22 runs.

His next wicket was of the all rounder from West Indies, Fabian Allen. He was playing his first match of the season. The wicket came in the 17th over. Punjab Kings was in need of quick runs and Allen was struggling with his timing.

Finally, he decided to take the aerial route on a slower delivery. But, the shot was a mistimed one and Warner took an easy catch at extra cover. Allen made 6 runs in 11 balls.

Khaleel Ahmed’s third wicket was the most important one. He sent Shahrukh Khan back to the pavilion. The batsman is designated power hitter and finisher for Punjab Kings. He has scored well for Punjab in this season. Today also, he was looking in good touch and could have stretched the total of Punjab to 140 runs with few lusty blows.

However, Ahmed made sure that none of it would happen. It was another of those slower delivery from the bowler. Khan decided to hit it to the cow corner was was easily taken well inside the boundary line. This crashed the hopes of Punjab of getting quick runs at death.