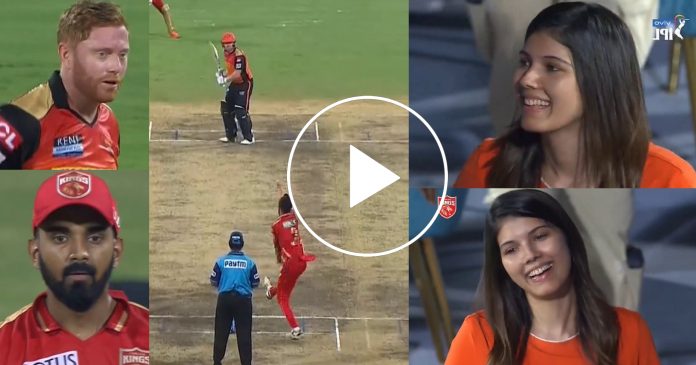 Sunrisers Hyderabad defeated Punjab Kings by 9 wickets in a one sided encounter at Chennai. It was the first win in this tournament for Sunrisers. The bowling of the Sunrisers was the main factor in the victory for them. All their bowlers combined to dismiss Punjab Kings for just 120 runs as the batsmen succumbed to their relentless bowling.

Chasing a target of 121 runs was not difficult for the Sunrisers team. They knocked down the target in just 18.4 overs with 9 wickets in hand and thrashed Punjab Kings for 2 points. Jonny Bairstow remained unbeaten in the chase with Kane Williamson. Bairstow made 63 runs in 56 balls and hit 3 fours and 3 sixes. 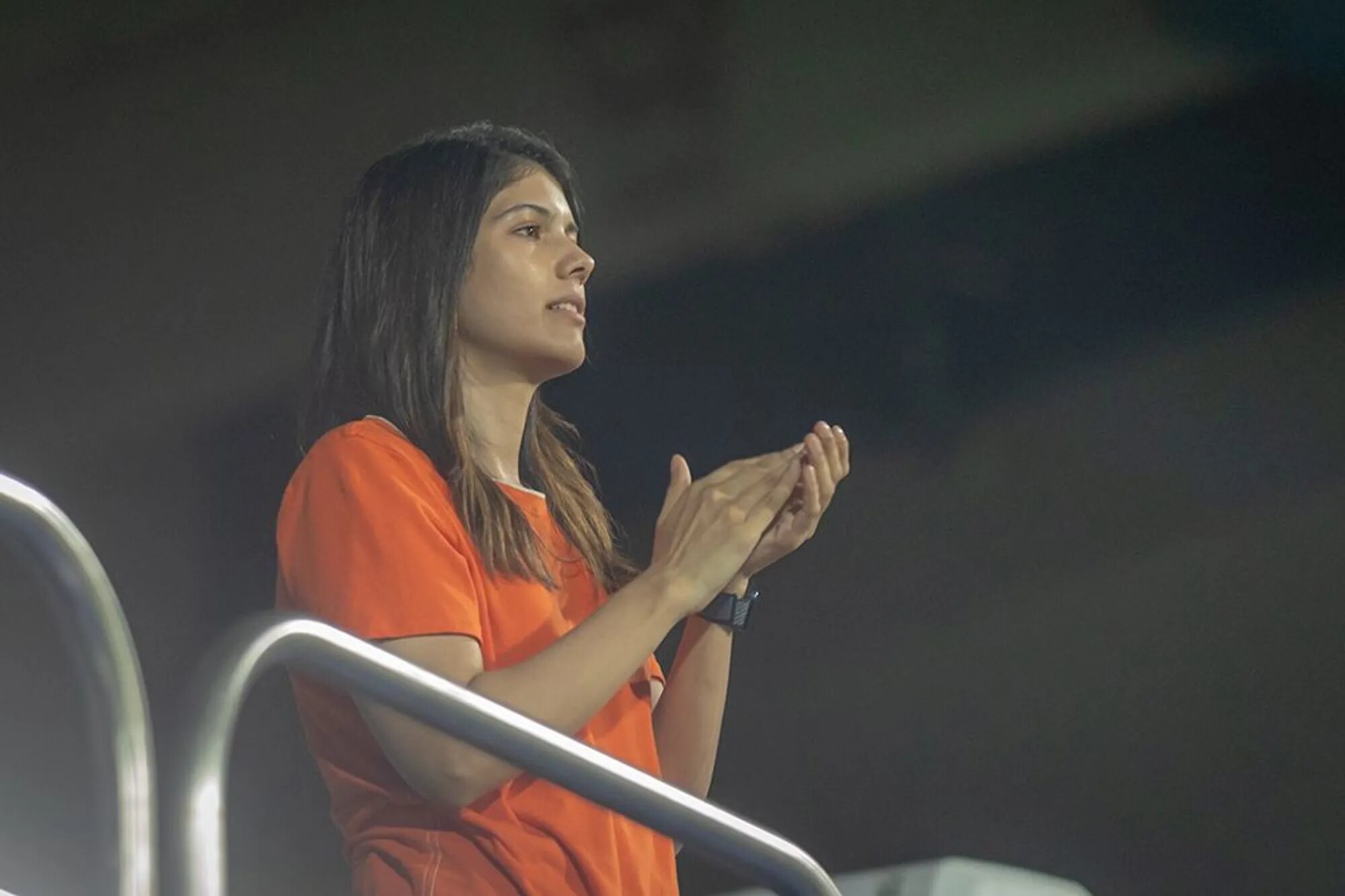 He and Warner added 73 runs for the first wicket and all but sealed the game there only. Warner made a run a ball 37 and gave good support to Bairstow. Then, Williamson who was playing his first game of the season alongside Bairstow finished off the match in style. For his unbeaten half century and a sparkling innings, Jonny Bairstow was awarded the man of the match.

This victory brought smile on a lot of faces. Be it Warner, the captain or the duo VVS Laxman and Tom Moody who, are the consultant and the coach of Hyderabad, they all could afford to smile, after finally winning a match and gaining 2 points.

However, the smile that became viral on social media platforms like twitter and Insta was not from amongst the players. It was the smile of Kavya Maran. Miss Maran is the daughter of owner of Hyderabad, Kalanidhi Maran.

The girl is quite popular amongst fans of Hyderabad due to her attractive looks. Also, people appreciate the fact that, she is a regular at all Hyderabad matches and can, be seen in the stands cheering for her team.

Until now, Hyderabad had lost all their three matches and so, she could be seen quite upset about it. Her sombre face after every defeat was visible in the stands.

But today, after the Sunrisers won, Kavya Maran was all smiles and happy for her team. Her smiling face soon became a topic of discussion for the fans of Hyderabad everywhere.

Watch Nail Bitting Last over of MI vs KKR Match 15 Runs Needed in...