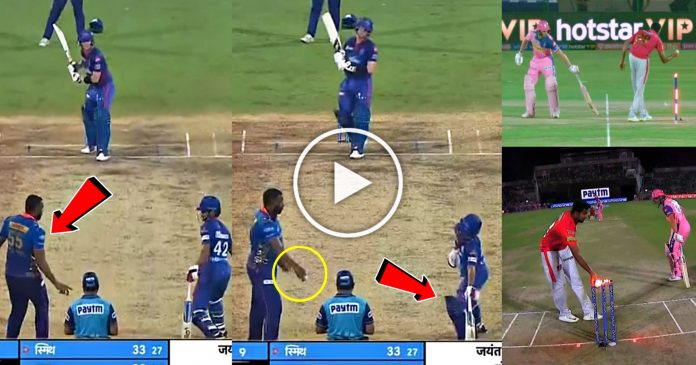 Delhi Capitals have defeated Mumbai Indians by 6 wickets to go second in the table of Indian Premier League. This is Delhi’s first win over Mumbai in two seasons as they had failed to win against them in last season. Mumbai had emerged victorious in all the four encounters between the two. 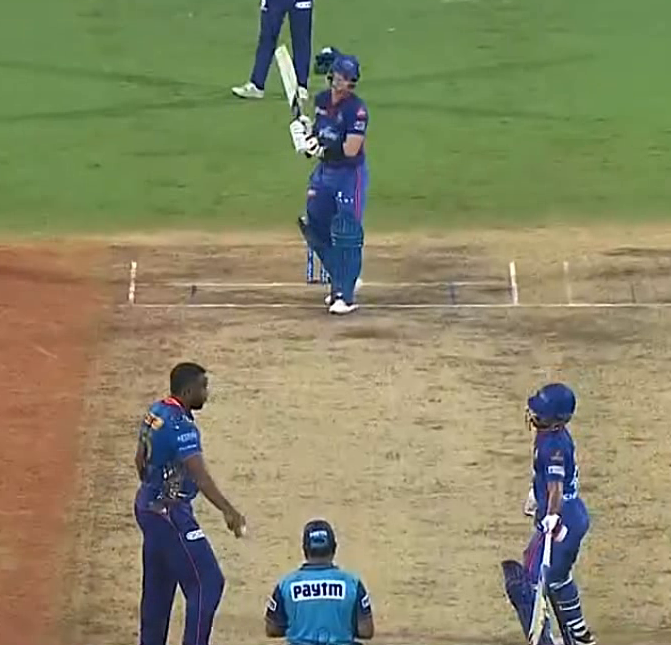 However, this time Delhi beat all the odds to win the match against their bogey team. Batting first after winning the toss, Mumbai Indians could only make 137 runs for the loss of 9 wickets. Rohit Sharma was the top scorer for Mumbai as he made 44 runs in just 30 balls. That had 3 sixes in it.

For Delhi, Amit Mishra was the most successful bowler. He picked up four wickets and gave just 24 runs. In reply to the target, Delhi too did not have a great start. The opener Prithvi Shaw was dismissed by Jayant Yadav at the score of 7 runs. He chipped it straight to Jayant Yadav.

After that, Shikhar Dhawan and the number three batsman Steve Smith joined forces and added 53 runs for the second wicket. Smith made 33 runs before being found in front of the wicket by Kieron Pollard. However, one interesting moment happened in this duration. Dhawan and Smith were well set at the crease and looked increasingly comfortable.

It was the start of the 10th over. Pollard was just about to bowl to Steve Smith when he suddenly stopped in his run up and pulled out of his bowling action. Then, he pointed his fingers at the stumps of non strikers end with the ball in his hand. There, Shikhar Dhawan had walked out of the crease.

Pollard then warned Dhawan of backing up too far to which Dhawan obliged. He quickly returned to his crease and gave a wry smile to Pollard who went back to his mark muttering something.

The concept Mankading has always been quite controversial in cricket. Some players are against the use of it while some justifies its use. However, whenever someone has tried it, the spirit of cricket of that player is questioned. A couple of years ago, Ashwin had done the same Mankading to Jos Buttler in a game. Then, a lot of fans and experts questioned the spirit of cricket of Ashwin. The whole episode became quite controversial.

Had Pollard ran out Dhawan there only, again the spirit of cricket of Pollard could have been questioned by people. However none of this happened as Pollard just warned Dhawan.