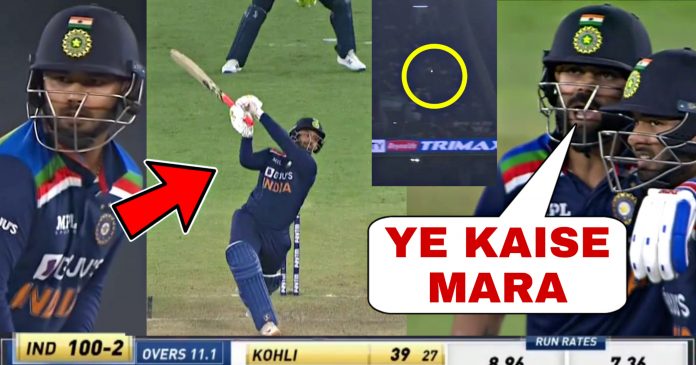 India has won the second T20 game in style. They absolutely bossed the game from the start. The bowlers first restricted England to a modest total of 164-6. India did not have any problems in chasing the score as they knocked off the target in 17.5 overs with 13 balls to spare.

Captain Virat Kohli scored an unbeaten 73 and marked his return to form in style. He finished the game by hitting a four and a six.

Earlier, English batsmen could not score freely. Jos Buttler was dismissed in the first over itself. He was undone by Bhuvaneshwar Kumar as he tried to play him into the leg side. The ball beat his attempted flick and rammed into the pads as he was adjudged LBW.

After that, Dawid Malan and Jason Roy played some nice strokes to get the Englishmen going. Chahal got the second break through for India when Malan was out LBW trying to reverse sweep him.

At the 15th over mark, England still looked to score more than 180. They were 129-3 and with Ben Stokes and Eoin Morgan on crease, they could have scored more.

However, the Indian bowlers bowled beautifully in the death overs. None of the English batsmen could get the required momentum as they huffed and puffed their way to 164-6.

Shardul Thakur was sensational in the death as he totally choked the runs. He finished with figures of 4-0-28-2.

In reply, India too lost a wicket in the first over. Opener KL Rahul was caught by wicket keeper Jos Buttler for nought.

That brought Virat Kohli to strike. The Indian skipper was struggling with popr form. His last two innings were ducks.

However, Kohli arose to the occasion. He started slowly before gradually picking up the pace. On the other hand, Ishan Kishan thumped the hapless English bowlers to all parts of the ground.

The debutant left hander smashed 4 sixes on his way to a 50 in a mere 28 deliveries. Both took the game away from England in their own batting styles.

Ishan departed when the team score was about to reach 100 runs. He was dismissed by Adil Rashid.

The left hander was given the license to go full monty. It was evident in his cameo of 26 in just 13 balls. The keeper batsman hit 2 fours and 2 sixes in his brief stay and totally killed the contest for England.

The moment of Pant’s innings however was not his sixes like always. It was the way he got out. Pant had just smashed Chris Jordan for a four and a six when he got a little bit greedy.

The fourth ball of the over was on to the pads of Pant. Rather than trying to hit straight, he flicked the ball off his wrists. With no timing at all on it, the ball went in the air where it was safely pouched by the fielder at mid wicket.

Pant was actually angry at his choice of shot. Also, skipper Kohli was disappointed at his dismissal. But, by that time Pant had gotten out and had missed his chance of hitting a 50 in T20.