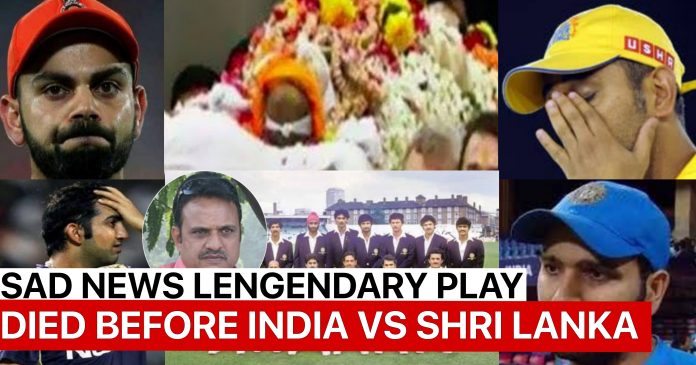 Former India player and 1983 World Cup winning member Yashpal Sharma has died due to a cardiac arrest. The incident happened on early Tuesday morning at his home. A middle order batsman, Sharma played an important role in the historic victory of 1983 World cup. He scored 240 runs in the middle order at an average of 34.28. Moreover his most important innings in the tournament came in the semi final against the hosts England.

Chasing a target of 214 runs, India were in a spot of bother at 50-2. Then Sharma and Mohinder Amarnath added 92 runs for the third wicket to set the base for a successful Indian chase. He was dismissed after making 61 runs when India were just 10 short of victory.

In an international career that spanned 5 years from 1979-1983, the middle order batsman played 37 tests for India. He scored 1606 runs at an average of 33.45 and scored 2 centuries. Further more he represented India in 42 ODIs and made close to 900 runs averaging 28.5 with the bat. Also he could double up as a wicket keeper if the situation arises.

An unfortunate news for Indian cricket

One interesting aspect of his first class career is that Sharma played for 3 teams in Ranji Trophy. He made his debut for Punjab in Ranji Trophy in the year 1973 and was with them till 1986. After that he played for Haryana till 1989 before switching to Railways for the last couple of years of his FC career till 1992.

Post his retirement he served as an umpire in Ranji Trophy and other first class tournament. Also he was India’s national selector from 2003-06 and then for a brief period in 2008. He worked as a coach for UP cricket team in national level tournaments. This shows that he was more to cricket than just a player of the game.

His team mates and former Indian players Dileep Vengsarkar and Kirti Azad expressed shock and disappointment at his sudden demise.

Vengsarkar said to PTI : “As a player, he was a proper team man and a fighter. I fondly remember the 1979 Test against Pakistan in Delhi. We both had a partnership which helped us save the game. I knew him since my university days. Still can’t believe it”.

Kirti Azad too recalled his fond memories of late Sharma. He told :  “I remember the very first game in the 1983 World Cup playing the mighty West Indies with those fast bowlers, he set the agenda and we won that game”.

Yashpal Sharma was 66 and is survived by his wife, a son and 2 daughters.

Watch: Unbelievable Bowling By Shakib Al Hasan On His Comeback vs Windies