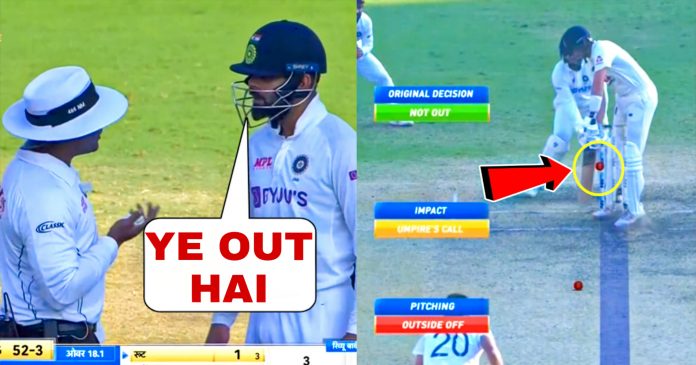 Indian skipper Virat Kohli was visibly unhappy during the final phase of the day. The hosts were in complete control over the outcome of the match. After a dominant first innings total, India were able to contain England batsmen on a turning pitch.

The visitors had no answers to the spin web of Ravichandran Ashwin in the first innings. But the cricketer did not just stop there. He ensured that India posted a massive score on the board after a well made hundred in the second innings today.

Ashwin scored his fifth test ton and played brilliantly with the tail and Virat Kohli to ensure India had put a decent score. India started on a wrong foot today after losing both Cheteshwar Pujara and Rohit Sharma in the opening 15 minutes.

Rishabh Pant and Ajinkya Rahane also could not make a mark as India were struggling at one point. However, Ashwin and Virat Kohli steadied the ship as India gave England a massive target of 483. 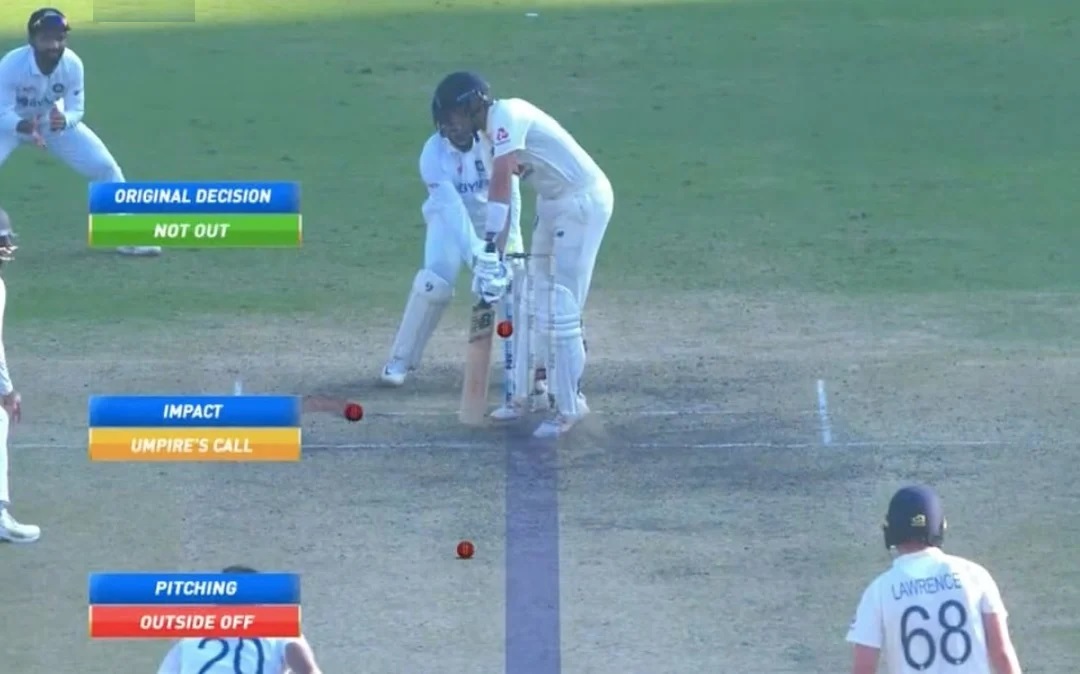 England came onto chase on a tricky wicket with no hope. After few shots, Indian spinners started taking control over the proceedings. Even night watchman Jack Leach could not sustain the pressure as he came ahead of Joe Root.

But the moment of the day when Joe Root was caught plumb in front of the stumps. India were not convinced of a catch but Kohli went for a review in the last second. Axar Patel bowled an arm ball and Joe Root could not read the delivery. He played for the spin but tried to make adjustment in the last moment.

The ball kept low and Rishabh Pant took a good catch. Review suggested that there was no bat involved for a catch. However, Joe Root escaped with the thinnest of margins possible with a LBW call.

Indian team were convinced Root was stuck inline with the stumps. However, DRS has revealed the impact as umpire’s call. This did not go well with Indian skipper Virat Kohli as he had a heated argument with on field umpire Nitin Menon.

India are firmly on top at the end of third day. Barring a miracle amongst the miracles, England are surely losing this match as there are still two days left in the match.

Watch : Hasan Ali funny act with Babar Azam. Runs to him and hugs...