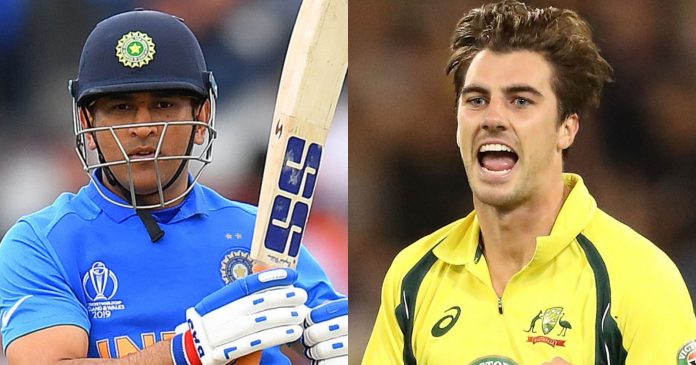 Australian pace bowler Pats Cummins has revealed that the team are preparing to produce a finisher like MS Dhoni. The team have played their first international match in six months against England.

But a terrible middle order collapse saw them lose the first T20I against England by just 2 runs. Marcus Stoinis who is given the role of a finisher could not complete the job. He scored 23 runs from 18 balls but failed to win the game for his team.

“It’s something we’ve spoken about for exactly that reason — they’re all the best players when they go back to playing domestic comps,” Pat Cummins was quoted as saying by Sydney Morning Herald.

“You could argue that the middle-order role is one of the hardest in any cricket team. That’s what we’ve identified, we’ve got to give guys a go. Someone like MS Dhoni, he was one of the best in the world because he played 300-400 ODI games. You saw during this week’s practice games we gave a lot of guys a go in that.” Cummins added.

Dhoni has redefined the role of finisher in recent years. He was one of the main reasons for many successful run chases in Indian cricket. On the other hand, Australia are looking to find roles for each cricket as they begin preparations for upcoming T20 world cup.
With two world cups in next 2 years, teams will look to find the right balance in the shortest format. After being placed at 1-124 while chasing 163, the visitors somehow faltered their chance to win.

Both the teams are currently competing in ODI and T20I series. The players who are associated with IPL teams can only join the season by September 21 at the earliest.

Meanwhile, ECB have held discussions with IPL governing council and both the officials came to a consensus. Pats Cummins is one of the most important names in the series. The talented pacer was bought for a whopping 15.5 crore making him the highest overseas player in IPL history.

Other cricketers like David Warner, Glenn Maxwell, Jos Buttler, Ben Stokes, Jofra Archer and Eoin Morgan are all important to their IPL teams. The IPL schedule was largely dependent on the availability of these players. So there is a high chance that the teams with these players could be given a delayed start in IPL 2020.