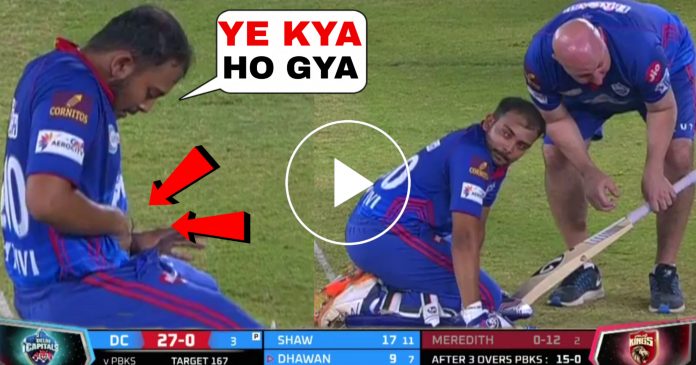 Delhi capitals moved to the top of the table bye the virtue of thumping victory against Punjab Kings they won the match by 7 wickets and 14 balls to spare. Shikhar Dhawan made 69 runs in 47 deliveries as he remained unbeaten, till the end while hitting six fours and two sixes. 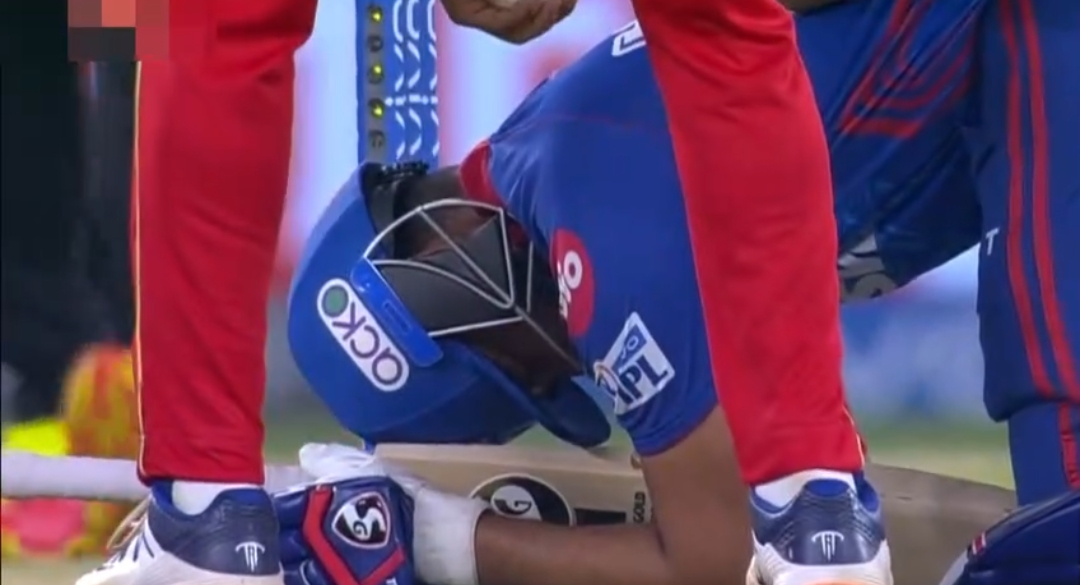 Steve Smith and Rishabh Pant made 24 and 14 runs respectively. In the end, Shimron Hetmyer played a cameo of 16 runs, in just 4 balls to quickly finish of the match, for Delhi capitals. Also, the star of the previous match, Prithvi Shaw continued his fine form. He gave a sensational start to Delhi Capitals.

The right hander, whacked 39 runs in just 22 balls that had, three fours and three sixes. However, it was during his innings that a funny moment happened, which involved him.

First boundary for Shaw came in the second over, when Mohammed Shami was bowling. It was however a fortunate 6 as Shaw was beaten by the short ball of Mohammed Shami. But, he still went for the pull as, the ball took the edge and went over the wicket keeper’s head for a six.

Both the bowler and batsman, smiled at their respective luck. Then, on the next ball another 4 came as David Malan, did a blunder at third man, when he kicked the ball, into the boundary rope as he slipped.

Moreover, another four came on the next delivery, but it was also in the air and looked quite dangerous. 14 runs had come in 3 deliveries, but not even once did Shaw looked in total control of the shots.

In the next over bowled by Riley Meredith, came the delivery which almost knocked, Prithvi Shaw out. It was the last ball, of the third over and Meredith bowled a short ball. Shaw attempted to pull, but was beaten by the extra pace, and the ball rammed between his legs.

It struck, at the place where it hurts the most. Shaw immediately fell down, with his head resting on his bat and did not dare to move, for the next one minute. Then, the Punjab Kings fielders came in and checked on his condition. It was only after the physio of Punjab Kings came that he began to feel better and started batting.

Watch the video of the funny moment here: