Kings XI Punjab opener Chris Gayle is facing fume of cricket fans after sharing pics and videos of his latest photo shoot. The ace cricketer has recently arrived in Dubai and as per the rules of BCCI will be under home isolation for six days.

However, with lot of chaos happening around Chennai Super Kings, cricket fans are left unhappy with Chris Gayle. The Jamaican will be sent into bio secure bubble after his home isolation. Meanwhile, before flying to Dubai, Gayle underwent two corona tests and both the tests came negative.

But the main point in this story is that he attended the birthday party of sprinter Usain Bolt. The fastest man on the planet was confirmed to have contracted Corona very recently. This is why fans are angry on Chris Gayle who always had the good side of them in the past.

Some of them called him irresponsible, while others questioned whether he is under quarantine at this moment.

WHAT IS CHRIS GAYLE DOING OVER THERE?!? Me: Looks like he’s doing what the phuck he wants! #KingGayle👑 #UniverseBoss 🤴🏾#40ShadesOfGayle #MyDubai 🍾😎

So, here are some of the comments made on his Instagram post. The timing of the photo remains unknown, so let us see if it is in Dubai or not. However, with him being in touch with Usain Bolt, it is better that the 40-year old follow strict isolation. 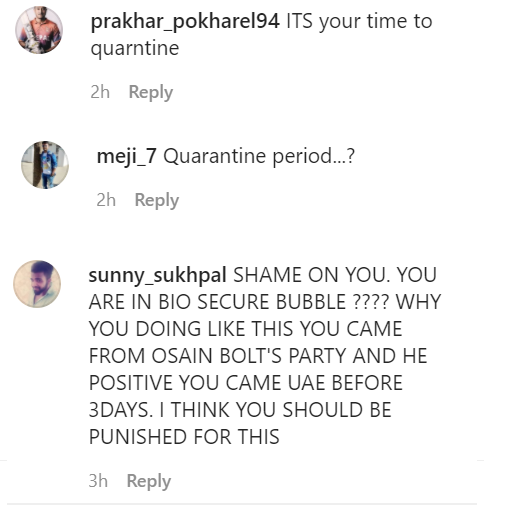 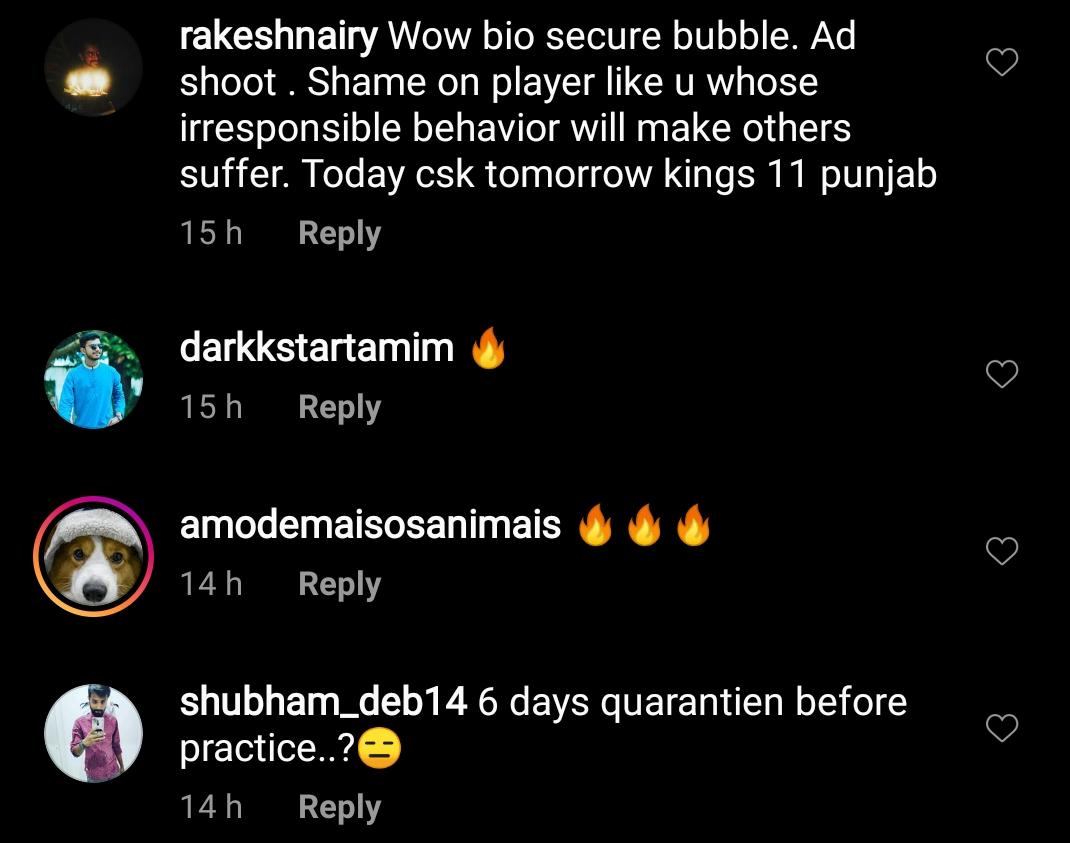 The biggest set back for this season even before it began was the covid positive cases in Chennai Super Kings camp. Many of the staff and two players have so far tested positive for the virus. The team have also had another massive blow as Suresh Raina will not be part of the event this year. The southpaw flew back to India due to personal reasons.

Meanwhile, other teams are furious over Chennai Super Kings as the franchise were the only one with a pre-season camp before flying to Dubai. This current situation delayed the release of IPL 2020 schedule furthermore.

The BCCI are yet to release the final schedule of the upcoming season. The board are currently monitoring the situation around all the teams. On the other hand, they had discussion with ECB over availability of English and Australian players in IPL. As per the current trend, players featuring in England vs Australia series will join their teams by September 21.