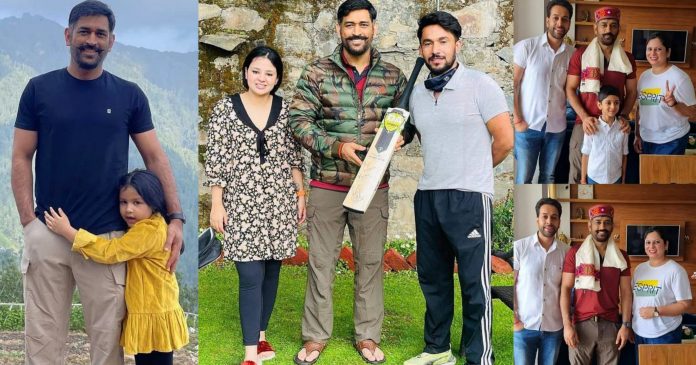 Star player and former Indian captain Mahendra Singh Dhoni has reached the picturesque valley of Himachal Pradesh. After a lockdown that engulfed entire India for close to two months, slowly and gradually there are relaxations in the lockdown. Hence, celebrities from different fields are getting out of their homes and reaching places which are tourist destinations. 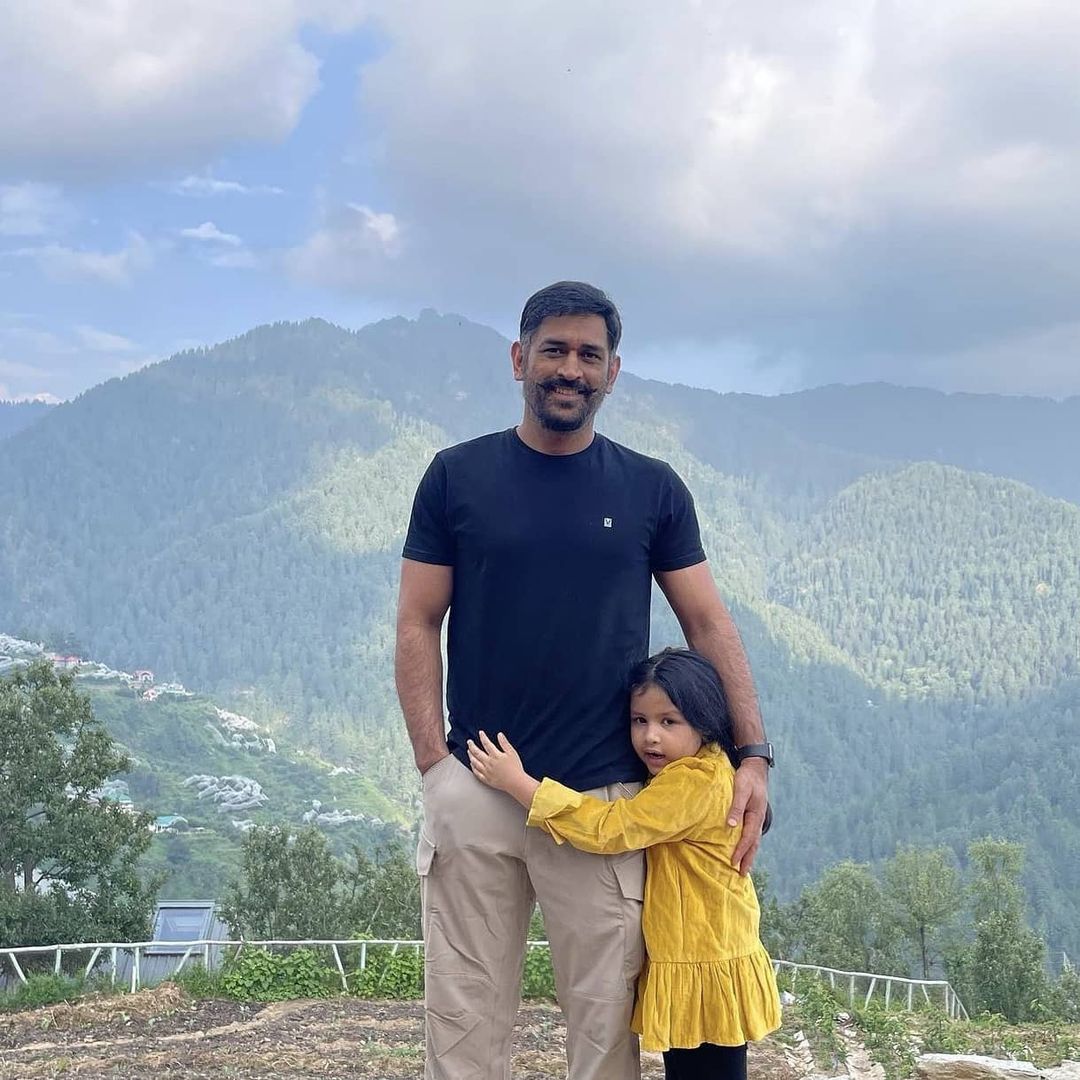 In a similar scenario, Mahendra Singh Dhoni who is also the current captain of Chennai Super Kings has made his way to Himachal Pradesh. The north Indian state has only recently relaxed its COVID rules and opened the inter-state borders. Consequently, a lot of people from across India are reaching the hilly region.

Alongside MS Dhoni, there are 12 other people who are his relatives. That includes Dhoni’s wife Sakshi Singh Dhoni and their daughter Ziva. According to reports, Dhoni and family is staying in a hotel named as White Haven Home-Stay in Shimla. Meanwhile the former Indian captain has come up with a new look.

In the latest looks of Dhoni, he can be seen having a handle bar moustache. This is the first time that he is keeping a moustache as he always had a clean shaven face. Wearing a black T-Shirt and a Jeans, he is sitting calmly in a place that belongs to Hotel. In another picture, Dhoni can be seen sitting with Police officials as they pose for a picture. Another picture involves Dhoni with other 12 members that has gone with him for the trip to Shimla.

Dhoni was last visible on a cricket field in the Indian Premier League. There, he was the skipper of Chennai Super Kings and led his team to victory in 5 of the 7 games they played. Hence, Chennai was on the second spot in points table. They were just behind table toppers Delhi Capitals.

Most of the Chennai team consists of senior players who are either in last stage of international cricket or have already retired. Consequently, there were apprehensions about Chennai’s performance in the IPL, particularly after a horrible season last year. However, they came back in style. Moreover, Chennai were peaking at the right time until COVID forced the season to be postponed.

Watch : Emotional statement of Rashid Khan. Says he is hurt for this shocking...

Watch Nail Bitting Last over of MI vs KKR Match 15 Runs Needed in...