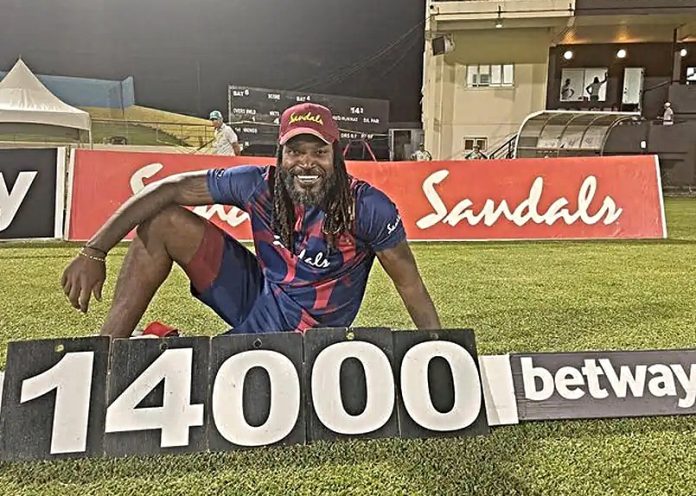 Chris Gayle, the 41 yr old left handed batsman from Jamaica, is widely regarded as the, greatest T20 batsman of all times. His insane ability to hit sixes, with minimal effort makes him the most feared batsman of all. He is one of the few players, who has played in virtually every cricket league and every T20 team wants to have piece of him.

However, its his range in league cricket, that has truly made him the best in T20. Playing in every league around the world, Gayle has represented more than 20 teams in these tournaments. His stats in these matches are truly mind boggling!

. He has scored 14038 runs which is the highest amongst all.

. His 22 centuries places him at the top in T20 cricket. The next batsman is in with 8 centuries!

By the stats, it is clear that when it comes to T20 cricket, no one comes even close to Chris Gayle. There is a light year difference between him and others. No wonder fans call him as the “Don Bradman of T20 cricket.

The ‘Universe Boss’ as he loves to call himself achieved yet another milestone on Tuesday vs Australia in the 3rd T20. He completed 14000 runs in T20 cricket enroute his match winning innings of 67 in 38 balls. He showed his old explosive form and thrashed Aussies bowlers to every corner of the park.

Considering this is a World Cup year of T20, teams should better be prepared to counter Gayle – Force. Any mistake from bowling side means the match will be over very quickly.

Watch Jos Buttler gets hit on face by Pat Cummins. Gets injured.

How to Write a Process Analysis Essay

Watch audacious 4 by Hardik Pandya to Stokes. Hits the shot and falls.