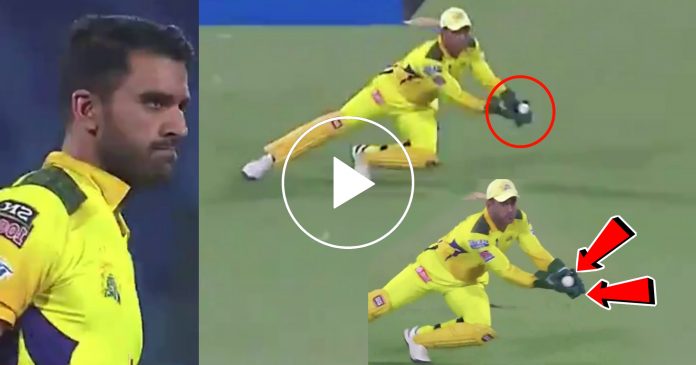 Chennai Super Kings are facing Sunrisers Hyderabad in Delhi, today in the Indian Premier League. The captain of Sunrisers Hyderabad, David Warner won the toss and elected to bat first. The reason for batting first, according to Warner was that the pitch has a bit of grass. So, he would like to bat first and then defend the target. Dhoni too, was happy with the toss as he wanted to field first. 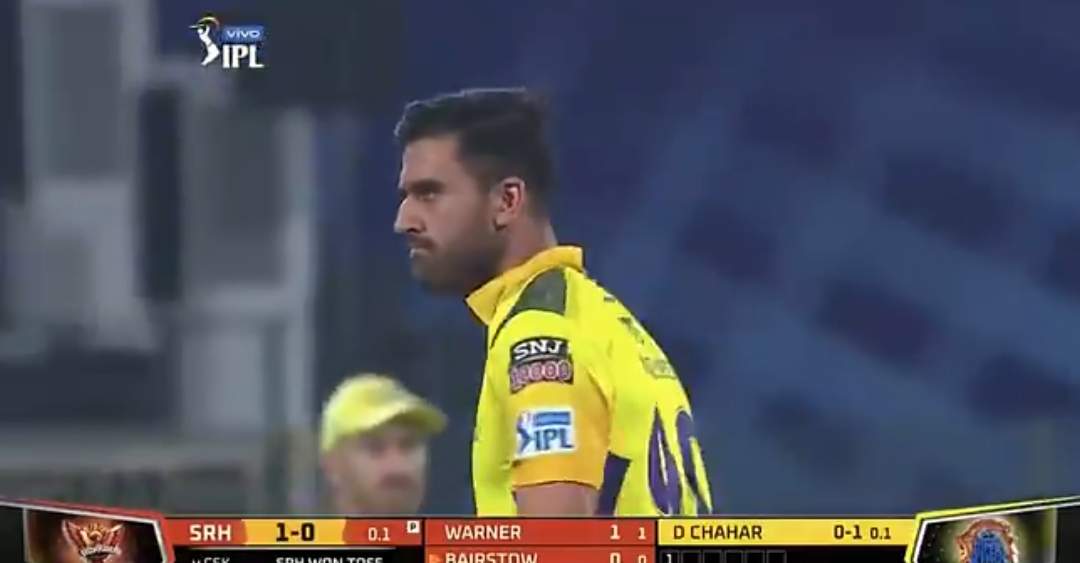 The Sunrisers Hyderabad has gone with two changes to their playing eleven. Abhishek Sharma and Virat Singh miss out while Manish Pandey and Sandeep Sharma are in. Similarly, Chennai Super Kings also have made tow changes to their team. Lungi Ngidi and Moeen Ali are in while Dwayne Bravo and Imran Tahir are out of the playing eleven.

Jonny Bairstow and David Warner were the openers for Sunrisers. Deepak Chahar took the new ball for Chennai Super Kings.

David Warner received an outswinging delivery first up and patted in the covers for a quick single. However, on the second ball, a moment happened.

Jonny Bairstow was facing his first ball and Deepak Chahar bowled an inswinging delivery. The batsman hopped and tried to tackle it by playing it fine, as it was on the leg side. However, he could not time the ball properly and the ball took the edge, grazing his thigh pad in the process. Moreover, it went to the left of Dhoni who tried to catch it by diving to the ball.

He got hold of the ball and almost caught it, but the ball slipped out of his gloves at the last moment. It was a drop catch by Dhoni and Chahar could not believe it.

However, Bairstow could not take advantage of this dropped catch as he was dismissed soon. Sam Curran, his country mate dismissed him in the fourth over, at the individual score of 7 runs. Bairstow could play just 5 balls and was sent back to the pavilion. Since he has been in great form in this edition of IPL, sending him back early was a big success for Chennai.

Watch the dropped catch by Dhoni: