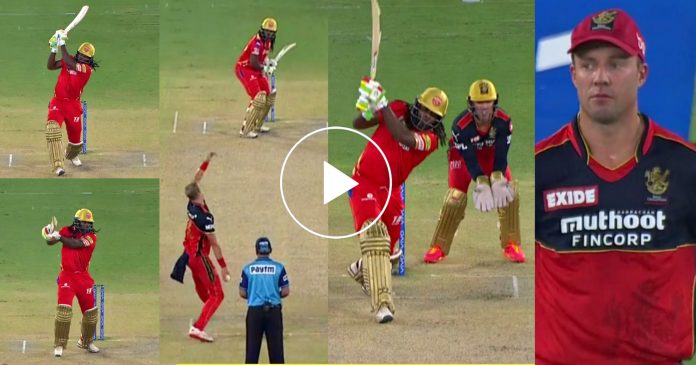 Punjab Kings and Royal Challengers Bangalore are facing each other in  another game of Indian Premier League. The match is being played at Ahmedabad stadium, Gujarat.

The captain of Royal Challengers Bangalore, Virat Kohli won the toss and elected to field first. Only change for Bangalore is that, Shahbaz Ahmed comes in and Washington Sundar goes out. 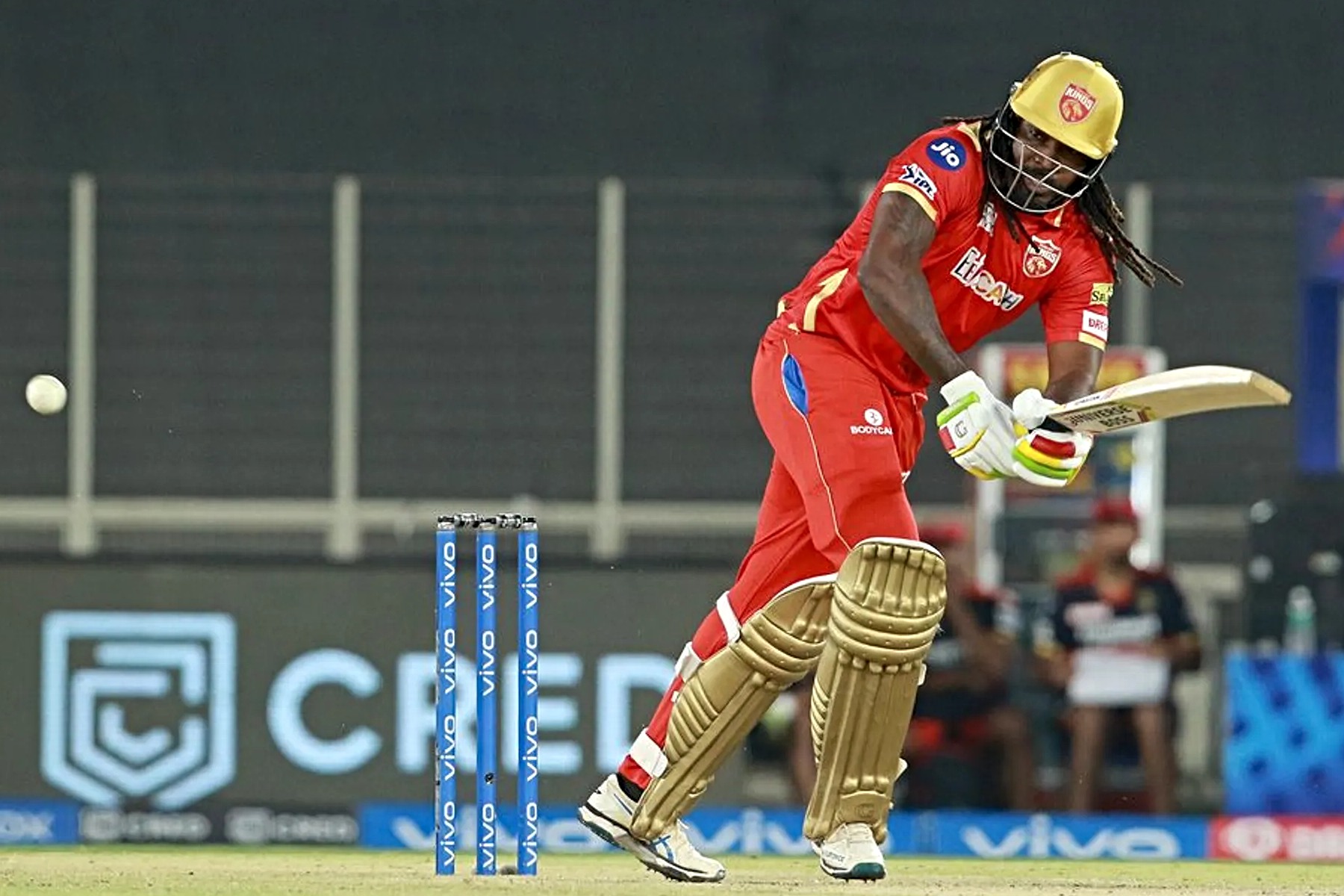 There are three changes for Punjab Kings. Moises Henriques, Arshdeep Singh and Mayank Agarwal who got injured, in the last game are not playing. In comes, Harpreet Brar, Prabh Simran Singh and Riley Meredith.

Chris Gayle came in at number three and immediately showed his hitting skills. In the sixth over bowled by Kyle Jamieson, Gayle smoked 5 fours in 6 balls.

On the first ball of the over, Jameson bowled a short and wide delivery. Gayle picked the length early and deposited it over mid off for a four.

Second ball of the over was again a short and wide one, this time on the middle stump. Gayle planted forward his front foot and whacked, the ball wide of mid wicket, for second consecutive four.

Another length delivery, was dispatched over mid on for third successive boundary, by Chris Gayle.

Five boundaries in one over

Fourth wall of the over was another friendly delivery. Gayle obliged and smacked the ball wide of long gone, for fourth consecutive boundary.

The fifth ball of the over was another poor delivery as it was a full toss. However, Chris Gayle could not time it properly and the ball could only go, as far as covers. That was a dot ball.

Last ball of the over was a slower delivery. This did not matter as, Gayle punished the ball over mid off for fifth four in the over.

20 runs came in the over and Chris Gayle was up and running.

Watch the video of the over, here:

Watch: Kagiso Rabada Brilliant Reply to Chris Gayle After Getting Hammered For 6