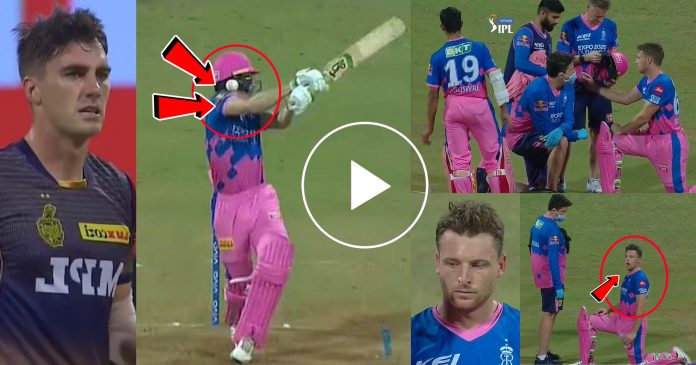 ⁸The English wicket keeper batsman and opener of Rajasthan Royals, was almost knocked out by Pat Cummins, in today’s match between Rajasthan and Kolkata. Rajasthan, were chasing a target of 134 runs and their openers Jos Buttler and Yashasvi Jaiswal were out to bat. The first over bowled by Shivam Mavi, went for only 2 runs. 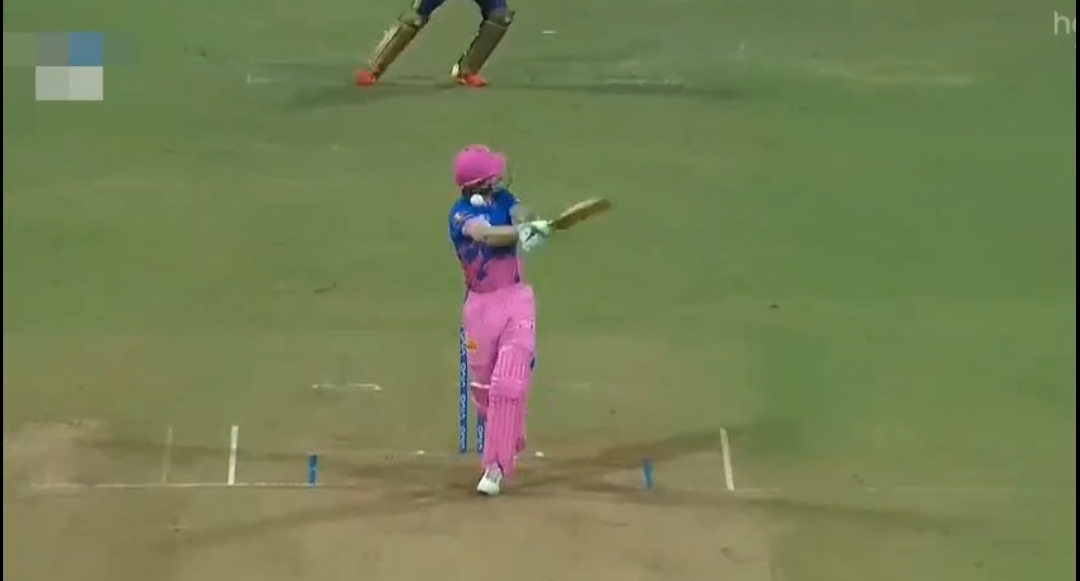 Then in the next over, Pat Cummins came to bowl. The first ball was a dot by Cummins to Jaiswal. On the next two balls, Jaiswal hit two consecutive fours. While, the first four went through leg side, the second four came through off side.

Fourth ball of the over was taken for a single by Jaiswal, that brought Jos Buttler on strike. Cummins bowled, a quick short delivery to Buttler. The batsman tried to pull the delivery through leg side for a boundary. However, he missed his shot as the ball was quick.

Buttler injured and hit on the head

As soon as he missed the shot, the ball rose and hit Buttler in the helmet grille. The moment the ball hit his grille, Buttler threw open the helmet and grimaced in pain. It was a painful blow to Buttler as he appeared, a bit dazed.

Pat Cummins went running up to him and checked on his whereabouts and how was he feeling. Also, the physio of Rajasthan Royals came running on to the pitch. He took a concussion test of Buttler. After the batsman passed the test, he wore the helmet back. Then, he resumed the innings and faced the next ball.

Fortunately for Rajasthan, Buttler’s injury was not serious. Also, the Rajasthan team, has already lost their two, of main players in the form of Jofra Archer and Ben Stokes. Moreover, an injury to Jos Buttler could have, severely damped the chances of Rajasthan, in this edition of IPL.

However, none if this happened and Buttler looked composed, even after the injury. But, his innings, was not big as he was dismissed for just 5 runs. He became a victim of the mystery spin of Varun Chakrvarthy.

Watch the injury moment of Buttler and his subsequent reaction: