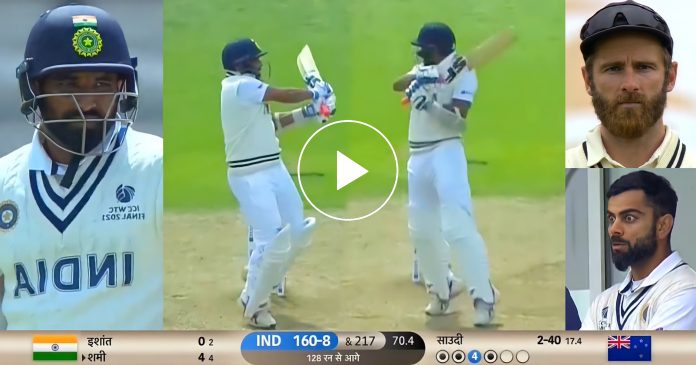 Mohammad Shami was India’s best bowler in the first innings. The right arm seamer picked 4 wickets and played a crucial role in restricting New Zealand to 249. After Jasprit Bumrah had an off day, it was the duo of Ishant Sharma and Mohammed Shami who pulled India back into the contest.

On the sixth or the reserve day, India started their proceedings at 64-2. With a lead of 32 runs, the duo of Virat Kohli and Cheteshwar Pujara began to bat. As the pair came on the wicket, Indian fans hoped that both Kohli and Pujara will make quick runs and would go in the second season unscathed. 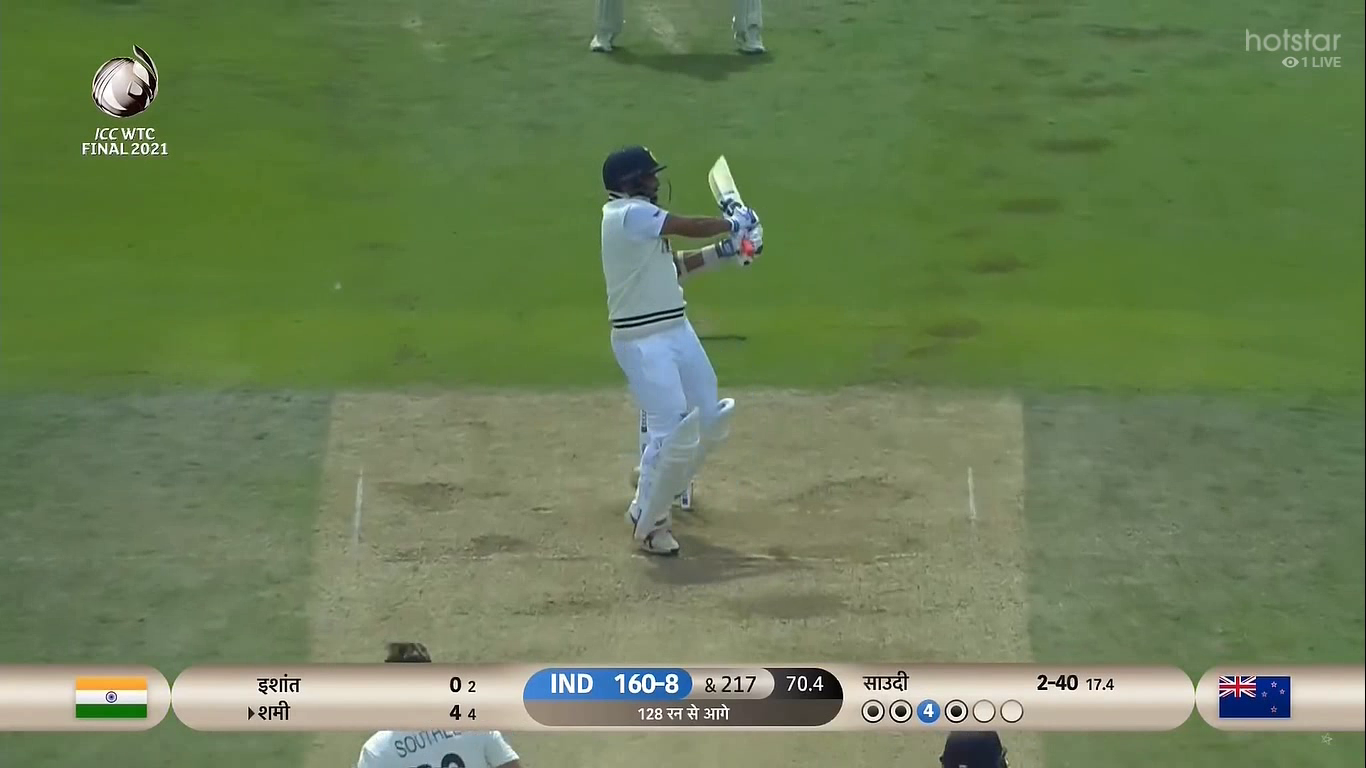 However, that proved to be a pipedream. It was a procession of Indian wickets as they lost wickets one after another. None of the batsmen bar Rishabh Pant could stay at the wicket as New Zealand bowlers were all over India.

Except Rishabh Pant who made 41 runs, all the Indian batters struggled. A score of 71-2 soon became 156-7. Then, Mohammad Shami came to bat at number 9. All hopes of an Indian draw was already gone with the wicket of Pant. Hence, Shami decided to have some fun at the crease and stretch the lead to maximum.

He went on backfoot and cracked a pull right of the meat of the bat. The ball raced away through square leg for another four.

The third boundary by Shami was a fortunate one. He tried to hit the delivery over covers but the ball took the outside edge and went through slips for a four.

However, he was gone next ball when he tried to thrash a big hit over mid on. But, he messed up the timing as the ball went up in the air. Consequently, the fielder at mid on took the catch easily and brought Shami’s cameo to an end.