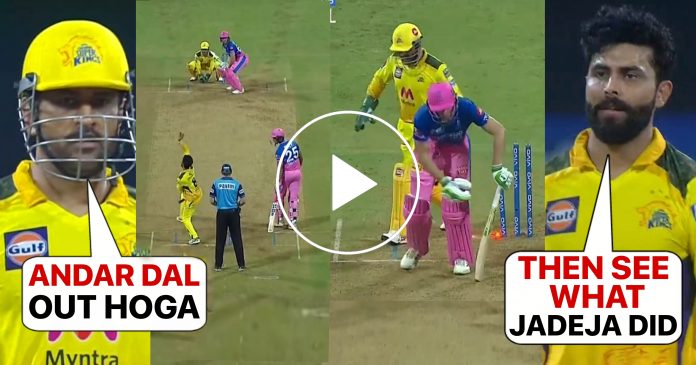 He hit five fours and two sixes before getting out. For Chennai, Moeen Ali was the most successful bowler. He picked up three wickets in just three overs while giving away a mere seven runs. Sam Curran was the most economical bowler in his four over as he took two wickets for 24 runs in 4 overs. 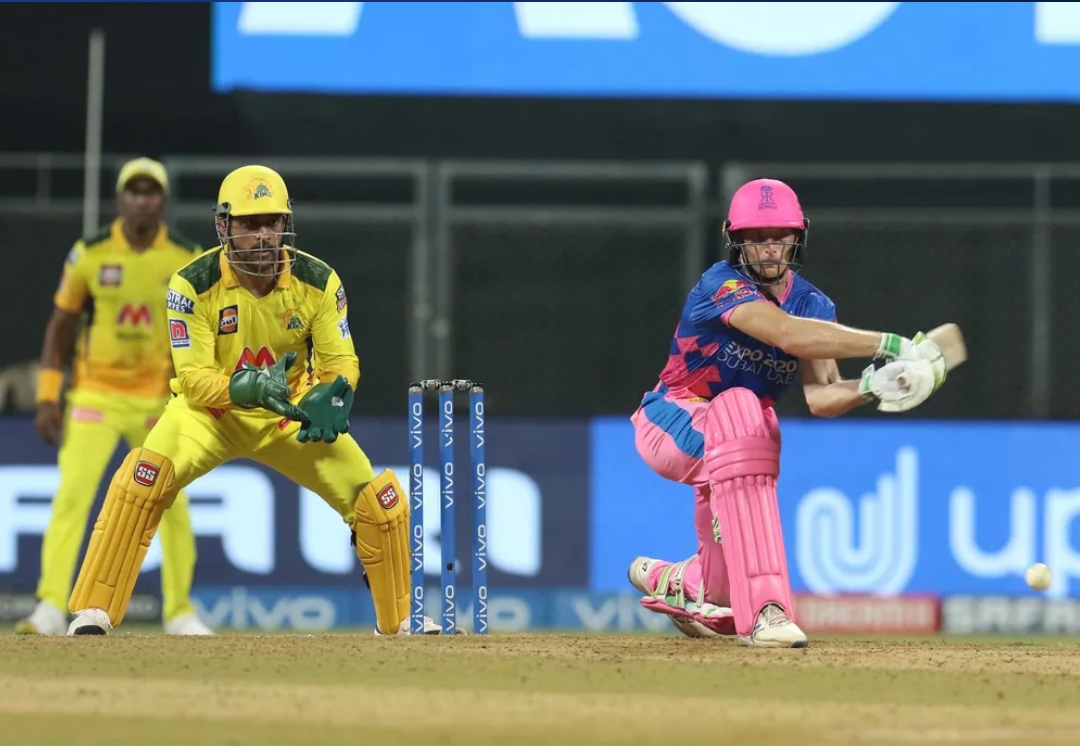 However this post is about the the sensation that is MS Dhoni. The retired wicket keeper  once again showed that he has not forgotten the brilliant skills which he owned of reading the batsman’s mind while, he was playing international cricket. Chasing a target of 189 runs, Rajasthan Royals got off to a decent start.

Their openers made 30 runs in just four overs but then, Manan Vohra was out. He made 14 runs before getting dismissed. The captain Sanju Samson was out for a single digit score as we made just a single. Then Jos Buttler and Shivam Dubey look to compile a partnership  and take Rajasthan close to the target.

Buttler is shocked after getting bowled.

But, Shivam Dube was quite slow in his batting and thus, the pressure mounted on Jos Buttler who tried to over attack and lost his wicket. It was the twelfth over and Rajasthan was 87 for 2. They required a further 102 runs in 9 overs. Then just before Jadeja came to bowl, Dhoni shouted to Jadeja “andar ki taraf”.

Dhoni meant to say that “bring the ball back in to Buttler”. And sure, Jadeja did bring the ball back in. As he did it, Buttler was bowled neck and crop. The ball pitched in on the middle and off, got some turn and just sneaked through the defenses of Buttler. He tried to push it into the leg side, but the ball evaded his attempt and rammed into the stumps.

Even Jos Buttler was quite shocked at this kind of delivery. It was a classical MS Dhoni style wicket once again.

Watch the video of the dismissal here: