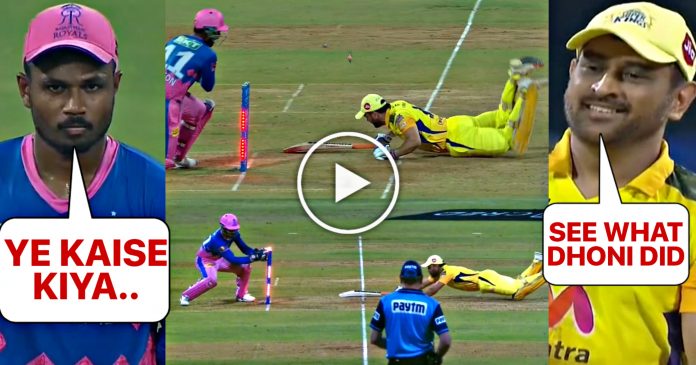 The other opener Faf Du Plessis looked in good touch. He made 33 runs in just 17 balls. He hit four fours and two sixes. His innings was cut short by his country mate Chris Morris. After that Moeen Ali coming at Number 3 also, was dismissed after being set. He made 26 runs in 20 balls. He smashed 2 sixes and a four.

Ambati Rayudu made a total of 27 runs that had three sixes in it and he faced 17 balls. His brief innings was ended by Sakariya. Then, Suresh Raina too was dismissed and MS Dhoni came to the crease. He had faced just one ball when a stunning moment happened with the 40 year old player involved in it. 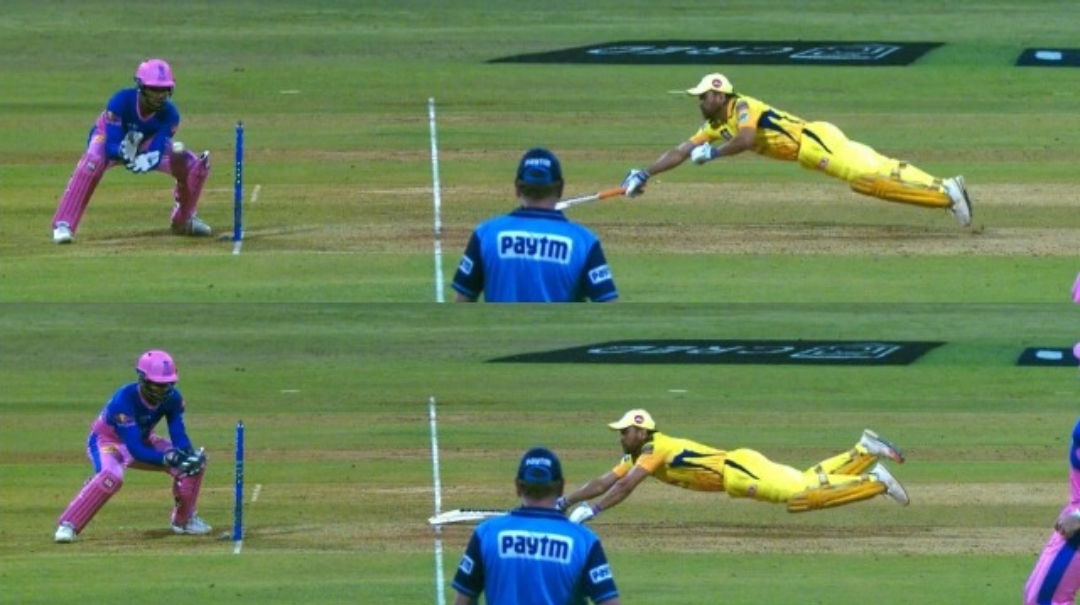 It was the 15th over of the innings and Chennai score was 125 for 5. Moreover, both Jadeja and Dhoni both were new at the crease. Both had played just one deliveries each. Rahul Tewatia came to bowl the 15th over. The first ball, Jadeja carved it into the offside for a single. The next ball however, was one when fans saw the best of Dhoni in fitness terms.

It was a flighted delivery outside off. Dhoni hit it through the covers as he ran for a single. But Jadeja was alert as he saw get the fielder from covers quickly running in. Hence, he rapidly sent Dhoni back to the crease. There was no way they could have completed the single. However when Dhoni saw that he might not beat the fielder with his running he just put it a dive that belied his age.

At an age of 40, he dived like a 20 year old player would do. Samson too removed the bails in a flash. But by then, Dhoni had reached the crease, thanks to the dive he put in.

Watch the video of the dive here: