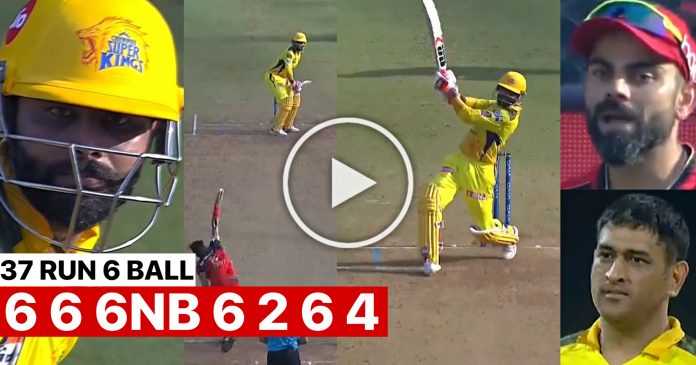 Ravindra Jadeja created a new IPL record when, we smashed Harshal Patel for 37 runs in one over. It was the last over, of the innings of Chennai Super Kings. He equalled the record of most runs in IPL over, which was 37 runs set up by Chris Gayle against Parmeshwaran, in 2011. 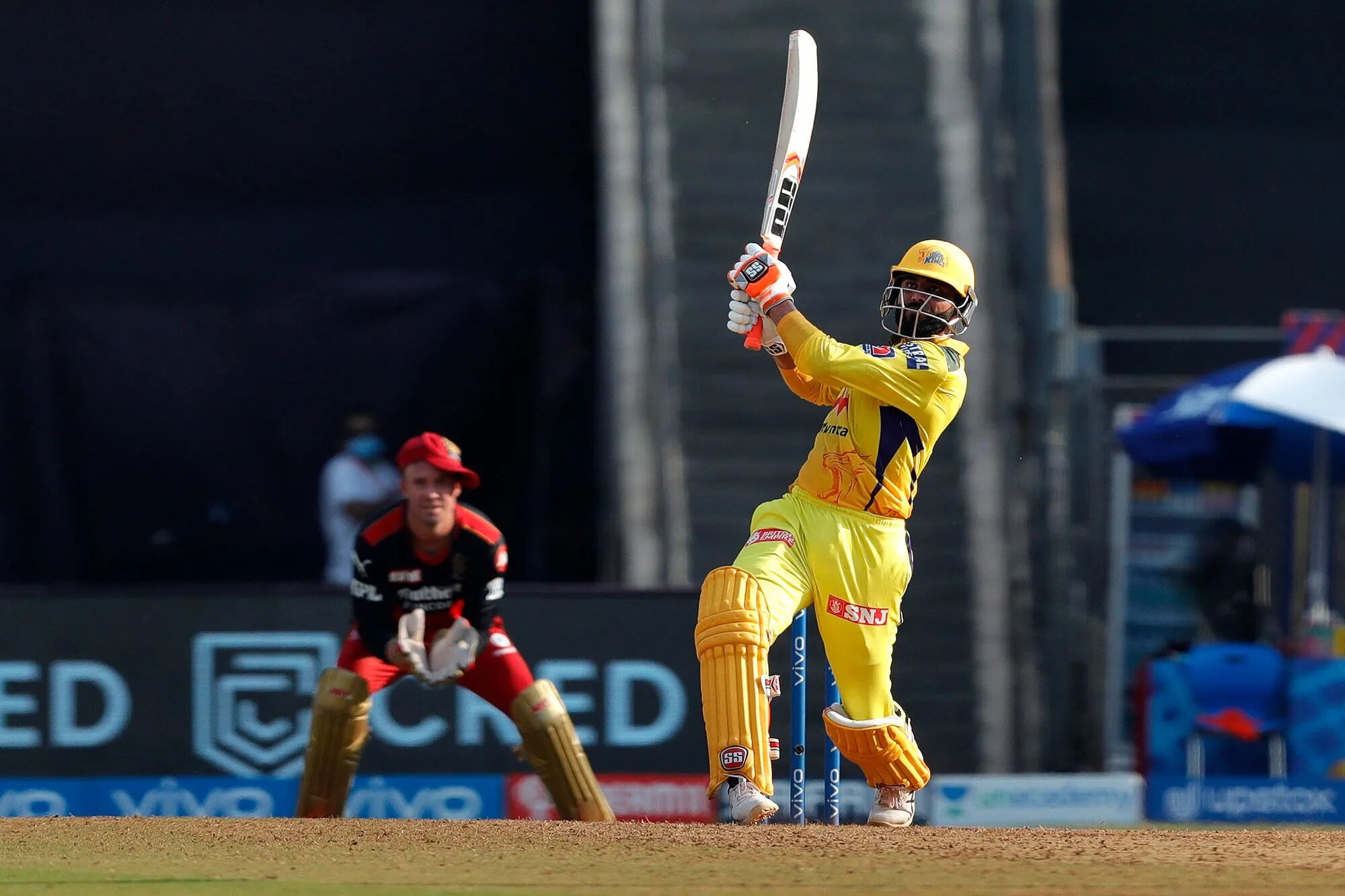 The first ball was smashed for a six in the cow corner for a six. The ball was a cutter and Jadeja launched it for a gigantic six.

The next delivery was a free hit. It was a slow and short delivery and outside off. Jadeja made full use of the slowness of the delivery, as he made swinging room and demilished the ball for the fourth six of the over!

He also completed his 50, in just 25 balls with that hit.

Fourth ball of the over, Jadeja tried to clear the off side fence, but he mistimed the shot. However, the fielder at extra cover too dropped the catch, as the batsman completed 2 runs.

Fifth ball of the over was again a filthy full toss. Jadeja was not the man to miss out, in that mood. He duly thumped him over long on for the 5th six of the over.

Last ball of the over was pitched on leg stump. The left hander batsman moved his front leg and whacked it, through square leg for a four.

Watch the video of the massive over, here: