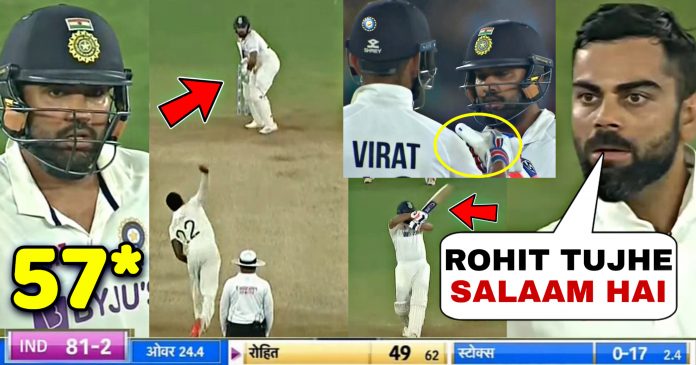 Rohit Sharma is in some blazing form coming into the third test. He had hit a match turning and decisive century in the first innings of the second test. The confidence of coming off a century was every bit visible in Rohit’s innings in the India’s reply to England.

The hit man as he is fondly known as, Sharma started on a cautious note to seamers James Anderson and Stuart Broad. However, once he was set, we saw the best of Rohit Sharma. Having completed his 50, he looks all set to reach another 100!

Rohit hit his half century of just 63 balls when he took a single of Ben Stokes. His innings contained 8 beautiful boundaries. 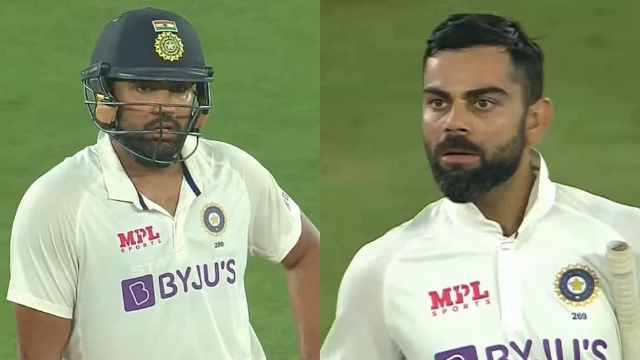 In search of an early wicket, England’s pacer Jofra Archer came on to bowl in the 13th over of the Indian innings. With his express pace and ability to bowl at more than 145, he was likely the most threating bowler for India.

However, as soon as Archer came to bowl, Rohit showed him who is the boss. The bowler in his usual style bowled a quick short ball on the third ball of the over. The opener replied to the short ball like he usually does with a thumping pull shot for a four!

The next ball was a fuller length delivery by Archer and again Rohit creamed it through mid off for another four!

Two fours in two balls put the pressure back on England who were looking for an early wicket.

Also, Rohit Sharma is only the third batsman in international cricket to make more than 2500 runs in all three formats of Cricket. Before him, only Virat Kohli and Martin Guptill from New Zealand had achieved this feat.

Rohit has scored in excess of 9000 runs in ODI cricket while scoring more than 2700 runs in T20 Cricket!

Earlier, England were bundled out for a paltry 112 runs in the wake of some spectacular bowling by India. The Indian spin duo of Ashwin and Patel shared 9 wickets between them. Patel grabbed his career best haul of 6-38. Ashwin finished with 3 wickets and ended up closer to figures of 400 wickets of his test career.