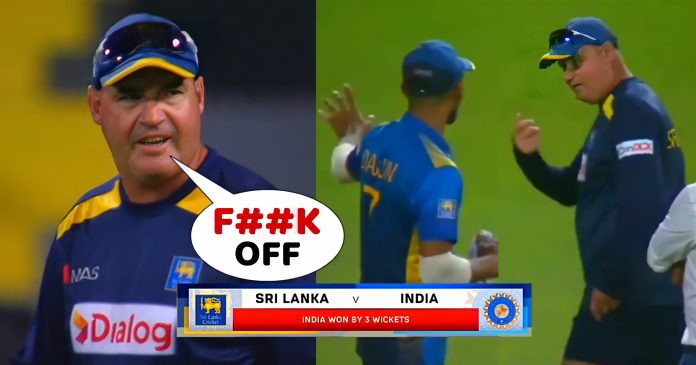 India beat Sri Lanka in a close game by 3 wickets. It was a match that kept both the teams on the edge. However in the end the calm head of Deepak Chahat prevailed over energetic Sr Lankans. He was ably supported by Bhuvaneshwar Kumar. The duo snatched victory from the jaws of a certain defeat.

Both of them joined forces at 193-7 and all the Indian batsmen back in the hut. At that time no one thought India would win. However due to some luck and courageous batting, the number 8 and number 9 batsmen took India home.

Chahat remained unbeaten at 69 while Bhuvi was not out at 19 when India crossed the victory line in the final over.

Earlier once again Prithvi Shaw looked in great touch in the first over. He slammed three boundaries either side of the wicket and set the scoreboard running. However he was dismissed by Wanindu Hasaranga once again like in the first game.

He was followed by Ishan Kishan who made just 1 run. Shikhar Dhawan too was dismissed when he was LBW of De Silva. Hence India were left at 65-3.

Surya Kumar played well for his 53 but was dismissed soon. He was caught LBW to Lakshan Sandakan for a 53.

Soon Krunal Pandya was cleaned all ends up by Wanindu Hasaranga who looked the most impressive Lankan bowler of the night. Still this wasn’t enough as India scrapes though in the end and won the match and the series.

The aftereffect of this was ugly. Mickey Arthur the Sri Lankan coach was seen being involved on heated exchange of words with his side captain Dasun Shanaka. While Arthur was asking something to him, Shanaka relied in the same way.

The video of it became viral on social media which showed that all is not well between Sri Lankan coach and captain.