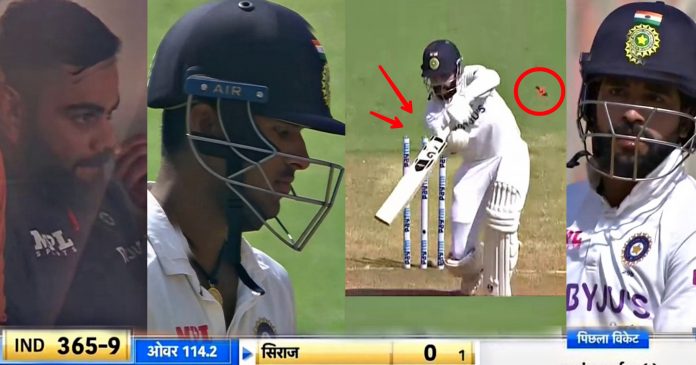 India and England are fighting it out in the fourth test in Ahmedabad. England after winning the toss, took the decision of batting first. However, their hope of making a good first innings total went up in smoke. The spin duo of Axar and Ashwin were again the destroyer in chief of English batsmen.

As they gobbled up seven wickets between them, England were all out for 205. The rookie pacer Mohammad Siraj had 2 wickets to his name while Sunder went away with the highest scorer of England, Ben Stokes. He made 55 before getting dismissed.

In reply, India started badly. The newbie Shubhman Gill was caught in front of the wicket by an in ducker of James Anderson. Gill could not open his account.

As English bowlers kept up the pressure, India could not score freely. Soon, the score became 146-6 as Ashwin was dismissed by the left arm spinner Jack Leach.

When Washinton Sunder joined Rishabh pant in the middle, India was in danger of conceding a lead. However, the two left handers had other ideas.

Both of them started slowly, before taking a grip on the situation. As the English bowlers started to tire, both of them took things under control.

The momentum seizing event arrived when England took the new ball. Runs started to flow thick and fast as the tired English bowlers were made to wilt in the intense heat of Ahmedabad.

By the time Pant hit a century and got out, India was already in the lead. He was fully supported by the other leftie, Washington Sunder. Coming into bat at number 8, he was a lot more calm compared to Pant.

When the day three began, Sunder was batting on sixty alongside Axar Patel. Everyone expected India and Sunder to canter along nicely. The morning started with confident front foot defenses and glorious drives by Sunder.

As India lead stretched past 100, the chances of Sunder’s 100 became increasingly clear. Both Axar and Sunder added a hundred and six runs for the eighth wicket. At 365-7 and with Sunder batting at 96 and Axar playing at 43, it seemed both the batsmen would achieve their individual milestones in matter of minutes.

However, destiny had other ideas!

Root bowled a low full toss to Washinton Sunder, a hundred could have been on that delivery itself. Just a simple placement in the gaps could have been a maiden ton for the batter. Alas, it wasn’t to be. 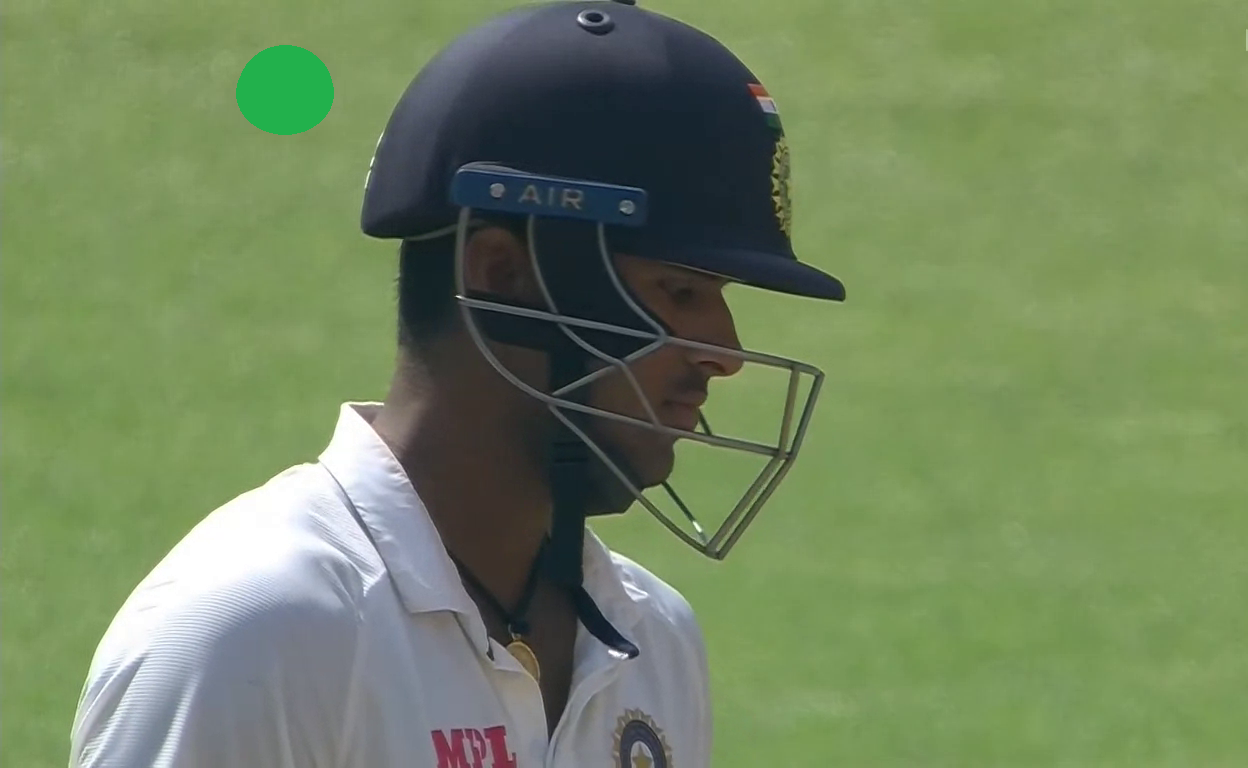 The drive off the full toss went straight into the hands of mid on to Jonny Bairstow. It was so crisply timed shot. So beautifully timed that Axar Patel at non strikers end thought its gone in the gaps. He casually strolled down the pitch to take a run.

However. it proved to be a mistake. A fatal mistake to be precise.

The next thing Axar saw was that he was diving in vain back to the crease as the bullet throw from Bairstow to Root was accurate as Root took off the bails within no time.

With Axar walking back to the pavilion, Sunder’s hundred which looked a certainty became dodgy. The number 9 and number 10 could not have been trusted.

Ben Stokes took the ball in the next over. His first delivery to Sharma was a full delivery which the tail ender Sharma totally missed. It was so plumb that the bowler did not even appeal. It was the plumbest LBW one can ever have.

Enter the last batsman Mohammad Siraj. With Sunder still stranded on non strikers end, Siraj had to survive 5 balls. Or he needed to take a single.

Unfortunately, he could no neither. After barely surviving two deliveries, came the coup de grace. A full and fast delivery beat the attempted defense of number 11 as the ball rammed into the stumps.

Washington Sunder was again left stranded at the non strikers end at 96*. In the first test also, he ran out of partners when he was at 85*.

As the camera panned into the face of Sunder, there was a tinge of moisture in his eyes. It was the pain of missing out on a hundred for taking. A hundred which could have been his maiden.

However, it was not to be. May be, he needs to wait for some more time to register his maiden ton. The way he is batting, we might see it sooner than later.

Watch the video of Siraj’s dismissal and Sunder’s reaction

You can see the pain on #WashingtonSundar face.

IPL 2020: Players Involved in England vs Australia Can Only Join Teams By Sept...