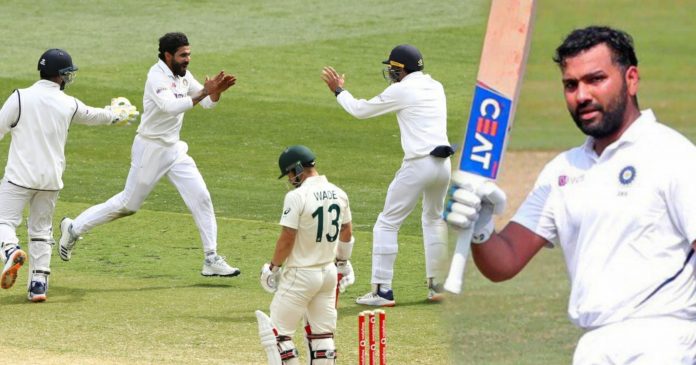 BCCI has announced the final playing XI for the Sydney test against Australia. The visitors are looking to go ahead in the series after a sensational comeback in Melbourne.

The win at Melbourne meant that the series is now even at 1-1. India are boosted with the return of Rohit Sharma. The experienced campaigner is back in opening position.

Mayank Agarwal who had faced issues playing new ball was dropped in favor of Rohit Sharma. On the other hand, the injury to Umesh Yadav has left a void in pace bowling unit. The team management went in favor and selected young Navdeep Saini.

Saini will make his debut tomorrow at SCG. The pace bowling unit is very inexperienced with the loss of both Mohammad Shami and Umesh Yadav. This leaves India with only Jasprit Bumrah as a bowler with experience. Meanwhile, Siraj who impressed in second test retained his spot.

The spin duo of Ravichandran Ashwin and Ravindra Jadeja will once again be key for India. Sydney is traditionally more spin friendly than any other pitch in Australia. Coming to batting, young Shubman Gill retained his place after good performance at MCG.

Usual starters Pujara, Rahane and Vihari are set to carry the burden of middle order. Rishabh Pant did very well in the second test and will be the wicket keeper batsman for India at Sydney test as well.

NEWS – #TeamIndia announce Playing XI for the 3rd Test against Australia at the SCG.

Navdeep Saini is all set to make his debut.#AUSvIND pic.twitter.com/lCZNGda8UD

The hosts are given a massive boost with the return of David Warner. Australia faced issues with the new ball in the first two test matches. On the other hand, there was also a lack of aggression in their batting.

It is their batting that let down Australia in the first two tests. David Warner will be an immediate fix for both these problems. Sydney test is important for both the teams as a win here would be massive.

India will also look to maximize their potential of winning since Sydney offers conditions similar to sub continent as the test progresses. India will play against Australia on January 7 at SCG, Sydney.