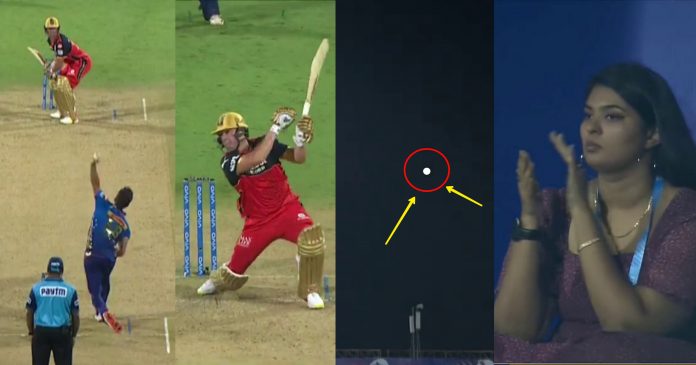 Royal Challengers Bangalore beat Mumbai Indians by 2 wickets in the opening game of IPL 2021. The match was a closely fought one as RCB scraped home on the last ball of the game. They chased down the target of 160 runs with 2 wickets and zero balls to spare.

The main architect of this victory was none other than old war horse and veteran AB De Villiers. He came into bat when RCB were cruising to victory. Then, he saw a mini collapse around him as Mumbai Indians tightened the screws over Royal Challengers. It is here, that the old AB stood up.

De Villiers joined Glenn Maxwell at the fall of Virat Kohli’s wicket. The score was 98-3 at that time. Just 61 runs were required in final 7 overs. However, Maxwell was dismissed by the rookie Jansen at the score of 39. He was looking quite dangerous. The new man Shahbaz Ahmed followed suit and was out in the same over.

With the pressure on RCB, De Villiers smashed Chahar’s two balls for a four and a six in the next over. Hence,that brought some calmness in RCB camp.

With 3 overs remaining, Bangalore required a further 34 runs as Trent Boult came to bowl. He was welcomed by a huge six and a four later in the over. 15 runs came off the over. Only 19 runs were required off final two overs.

Bumrah bowled the 19th over. The first ball was smashed for a four. It was a low full toss that was drilled for a boundary.

The next ball was a brace. Third ball of the over, AB again showed his genius methodology. He arched back and sent it over short third man for a four to seal the game in all likelihood.

With victory in sight, AB De Villiers got run out in the last over. But, not before playing a lovely cameo of 48 runs in 27 balls. He took charge of RCB’s innings and took the team to doorstep of victory.

Had Harshal Patel not picked up a fifer, ABD could well have been the man of the match for his brilliant innings.