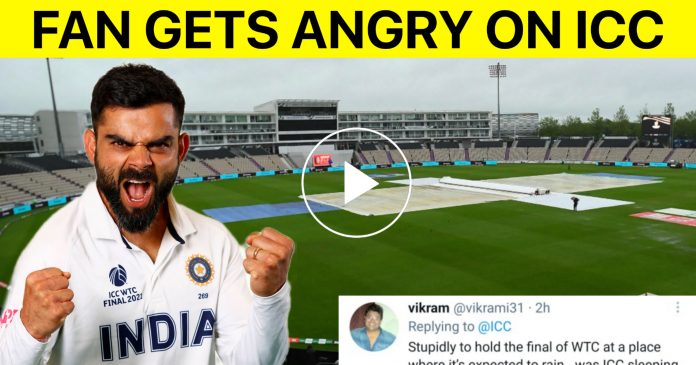 Rain has played a spoilsport for the marquee title clash between India and New Zealand. The final which is being held at Ageas Bowl, Southampton has been hampered by rain. Due to consistent rain since morning, the first session of the inaugural World test championship has been washed out. The umpires pushed back the toss in post lunch session owing to the poor playing conditions amidst recurring rain. 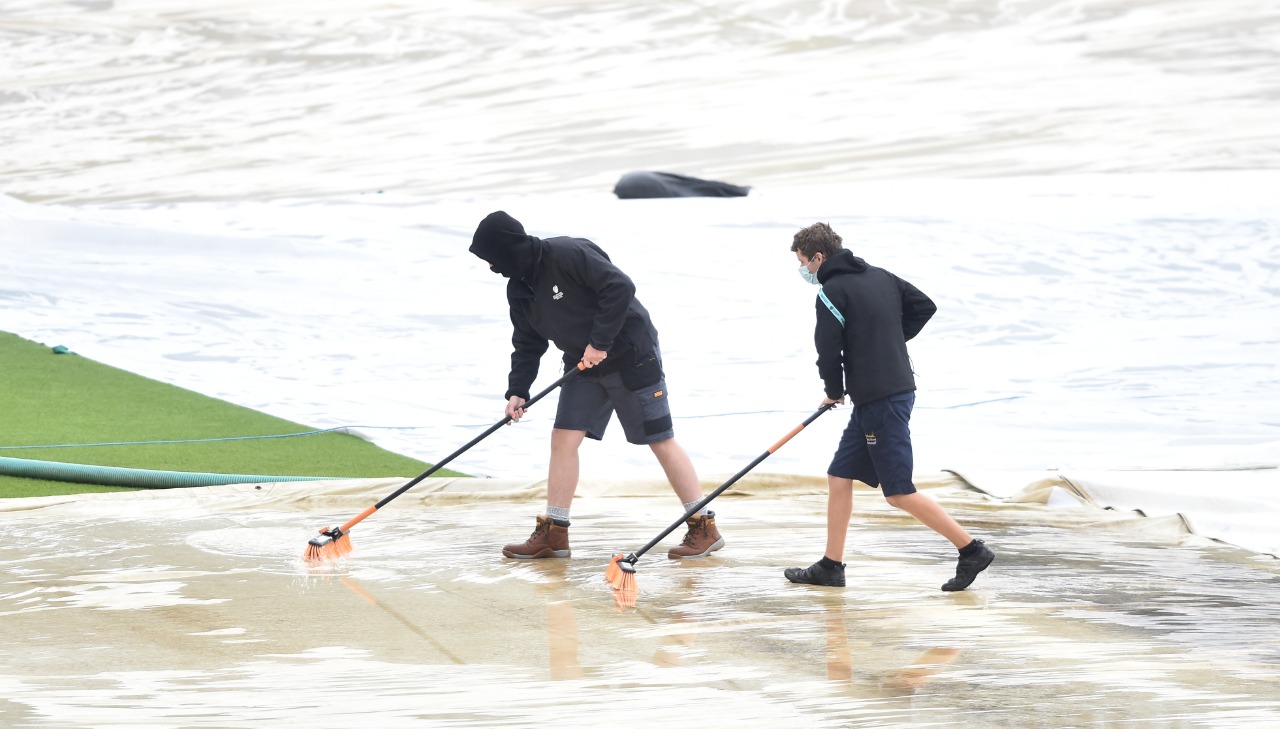 However, the problem is that this rain is not accidental. The weather forecast clearly told that it would rain during this time of English climate. Despite this, International Cricket Council decided to go ahead with their plan of hosting the final in England. Now, with incoming of rain as expected, the decision has well and truly backfired.

All the cricket fans were waiting with bated breath for this match. This was after all the first ever final of World Test Championship in the history of cricket. But continous rain has messed up with the anticipation of fans as they expected a thunderous clash between the two finalists. Hence, fans have not taken this too kindly. Moreover, they have shown their displeasure against ICC on social media.

The reason for this resentment of fans was the reluctance of ICC to host the final at a different venue other than England. Had it been a case of unexpected rainfall, then it would have been a different story as no one could be blamed for it. However, in this case, the weather was clearly forecasted a long time ago and most people know that it rains in England at this point of time.

In a similar scenario, a lot of matches were effected by rain during the ICC men 50 overs world cup, held in 2019. Despite this, the organizers of the final did not take any lesson from it. Hence, a lot of fans came up with memes and quotations on social media, especially Twitter and Instagram, in which they targeted ICC for its irresponsible act. While some of these were quite comical and funny, others were outrageous in nature.

Watch a collection of these tweets here: