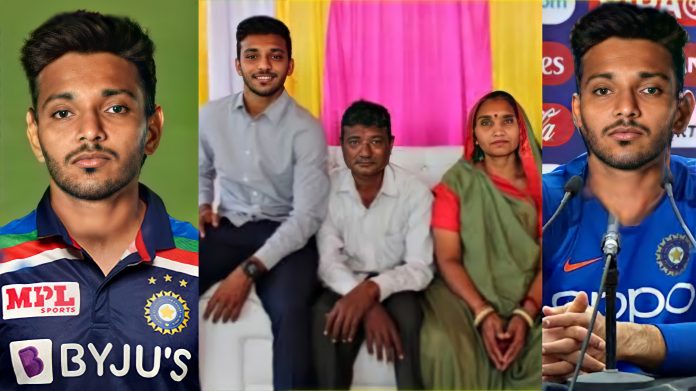 The left arm seamer from Gujarat Chetan Sakariya was one of the find of IPL 2021. Playing for Rajasthan Royals, he picked up 7 wickets in 7 games. Furthermore he averaged 31 with an economy rate of 8.22 and was terrific at the death with his slower balls. The stats may not reveal how good was he in the IPL as cricket pundits acknowledged.

A 23 year old seam bowler, Sakariya represents Saurashtra in domestic cricket. He made his debut in first class cricket in the season 2018-19. He has taken 41 wickets in 15 games with a best figure of 6-63. However he has had more success in T20 games. In 23 matches so far he picked up 35 wickets with an economy of 7.4. His best figures are 5-11 and averages 18.44 for every single wicket.

Sakariya had a see saw year in 2021. While his professional career saw new achieved heights, his personal life nosedived. His brother committed suicide while he was busy playing Syed Mushtaq Ali Trophy. As if this was not enough, he lost his father to COVID in the month of May. This happened just a few days after the IPL was postponed.

Earlier the left arm seamer was bought by Rajasthan Royals in the auction ahead of the IPL 2021. The franchise spent a whopping 1.20 crores to get his services for the season. With huge expectations due to the price, Sakariya was under pressure to perform. Moreover, he performed accordingly as he quickly became the go to bowler for his team at the death.

To reward him for his consistent displays, the Indian team selectors called him for the Sri Lankan tour of India. This is his maiden selection in the Indian squad. After getting selected, he was asked what kind of emotions did he go through when it was an India cap up for him.

“I was thinking about how to take care of my mother. I have tried to keep myself mentally strong through meditation though. If I can do something good in Sri Lanka, my father’s soul will also get peace.”

The first ODI between India and Sri Lanka will begin on 13 July.

Watch : Two West Indies players collapse and pass out while playing the match