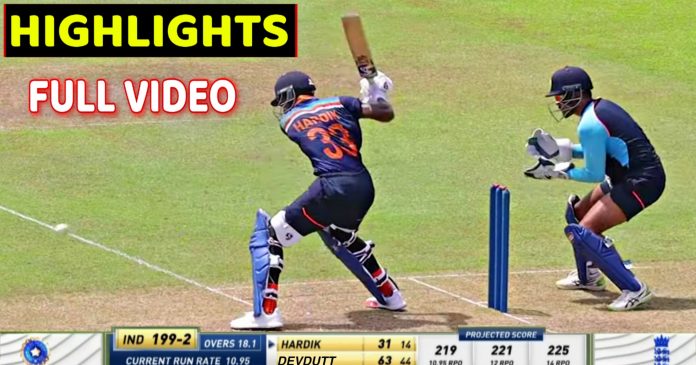 While one team was led by Shikhar Dhawan, the other side was captained by Bhuvaneshwar Kumar. In the match, Bhuvaneshwar’s team defeated Dhawan’s team as they easily chased a target of 156 runs under 17 overs.

Manish Pandey was the top scorer for Shikhar Dhawan’s 11. Accordingly the right hander from Karnataka made an important 63 runs and took the team’s total to 155 runs. Chasing an easy target of 156, the openers Prithvi Shaw and Devdutt Padikkal added a blistering 60 runs for the first wicket. Moreover it was Surya Kumar Yadav at one down who hit a rapid half century. Consequently his contribution led Bhuvi’s team to scale the target before 17 overs.

📸 📸: A good day in the field as #TeamIndia play their 2⃣nd intra-squad game in Colombo 👌 👌#SLvIND pic.twitter.com/Fiyk8poKXw

Both teams played a second practice game. BCCI has released few pictures of the match on their official social media handles. In one of the photos, Chetan Sakariya is surrounded by various players. It seems that he had just gotten a wicket and the players had come to celebrate the wicket with him.

Another couple of pictures shows Shikhar Dhawan catching a ball as well as Manish Pandey hitting a big shot over covers.

Other set of pictures contains Hardik Pandya, Prithvi Shaw and Ruturaj Gaikwad. While Pandya is seen smashing a ball over point, Shaw is slog sweeping the ball into leg side. The third picture contains a visual of Ruturaj Gaikwad playing a delicate shot in the off side.

Unfortunately the BCCI did not release the score card of the match. It is expected that the result of the match and scores will be released soon.

The first match of the 3 games ODI series will be played in Colombo on 13 July. Moreover a T20 series of 3 matches would be followed after the end of ODI series as the tour ends on 25 July.