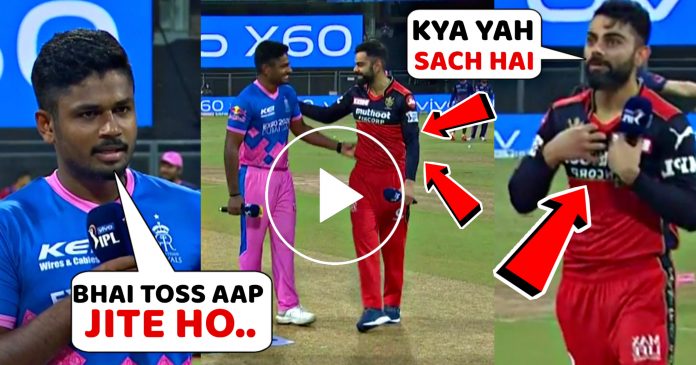 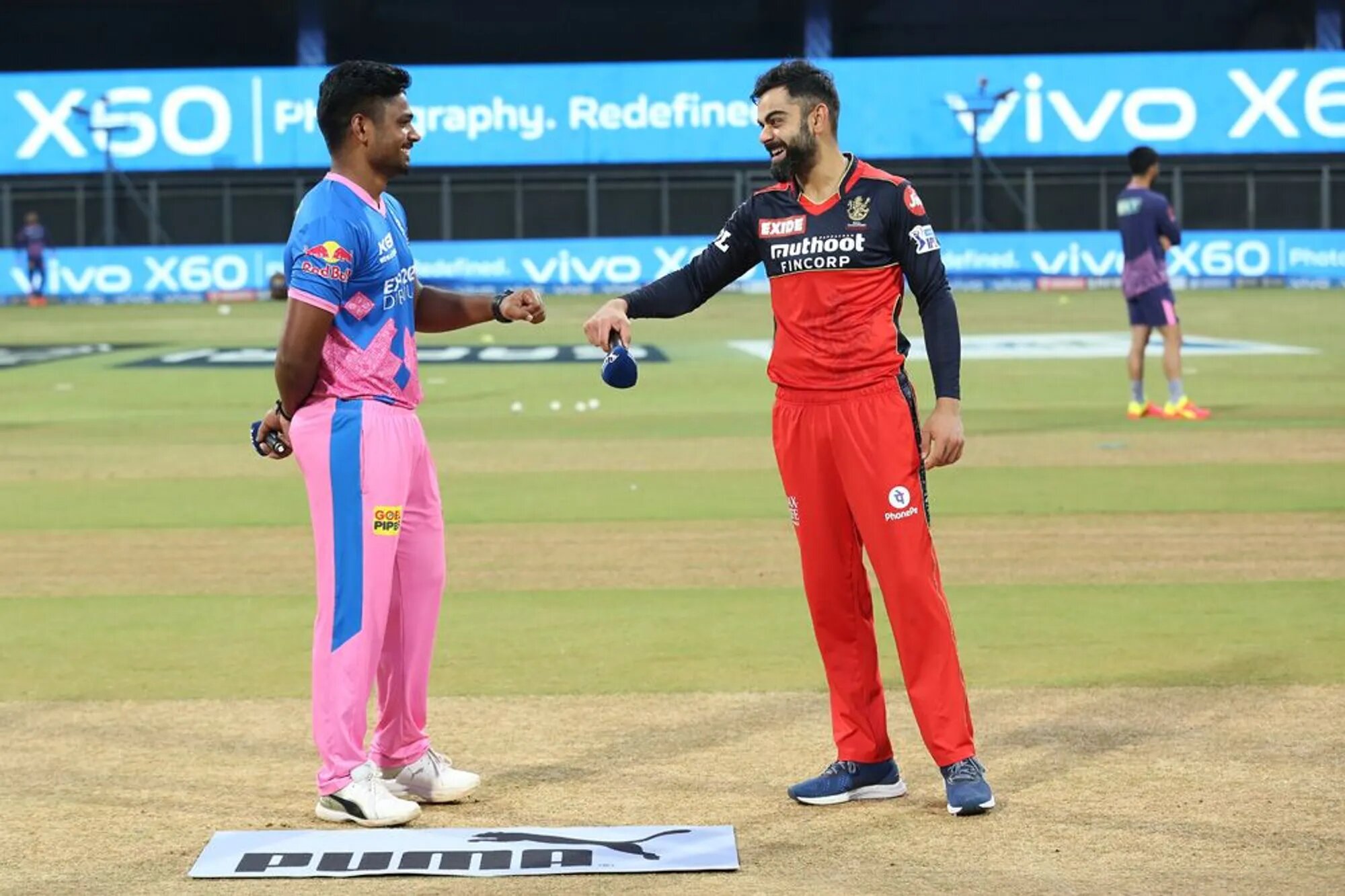 In this match, both teams have got one change each. Bangalore have brought in Kane Richardson instead of Rajat Patidar. While, Rajasthan have played Shreyas Gopal and has benched Jaydev Unadkat. Both teams have brought changes according to the small ground of Wankhede.

In the meanwhile, a funny moment happened at the toss. It involved Virat Kohli and Sanju Samson. As the two captain went out for toss, it was Kohli who flipped the coin. Samson called for tails. However, it was a heads and Kohli had won the toss. But, everyone was shocked to see that Kohli, send Sanju Samson for the decision of batting or bowling.

Funny moment at the toss!

Even the toss presenter Ian Bishop could not believe it. He immediately said to Kohli that is him who won the toss. Kohli, was surprised to hear that and started giggling. It was quite embarrassing for him also.

Then, Virat said that it is quite unusual for him to, win the toss so he got totally surprised at winning the toss.

In the end, Kohli elected to field first. He said that since there is a lot of dew at night, they will bowl first because it becomes difficult to grip the ball, once the ball becomes wet. Also, Wankhede is a tradition chasing ground as it is difficult to defend a target here. At last, Kohli said that as a batsman, he loves the ground considering it is small.

Sanju Samson said that is all about playing with all your heart and strength. It is about giving everything in the field. Winning or losing the toss does not matter. They will try to win the game whether they are chasing or defending the target.

Watch the highlight of the toss and funny moment here: