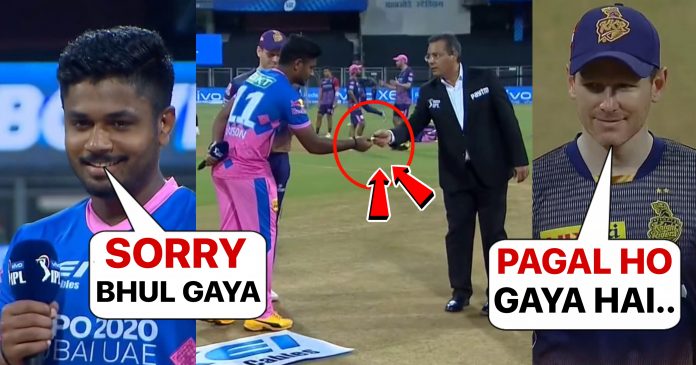 Rajasthan Royals are facing Kolkata Knight Riders, in the 18th match, of the Indian Premier League. The match, is being held in Wankhede stadium, Mumbai. Both the teams have suffered, a loss in their previous matches. Moreover, these two teams are on the bottom two positions, in the points table. 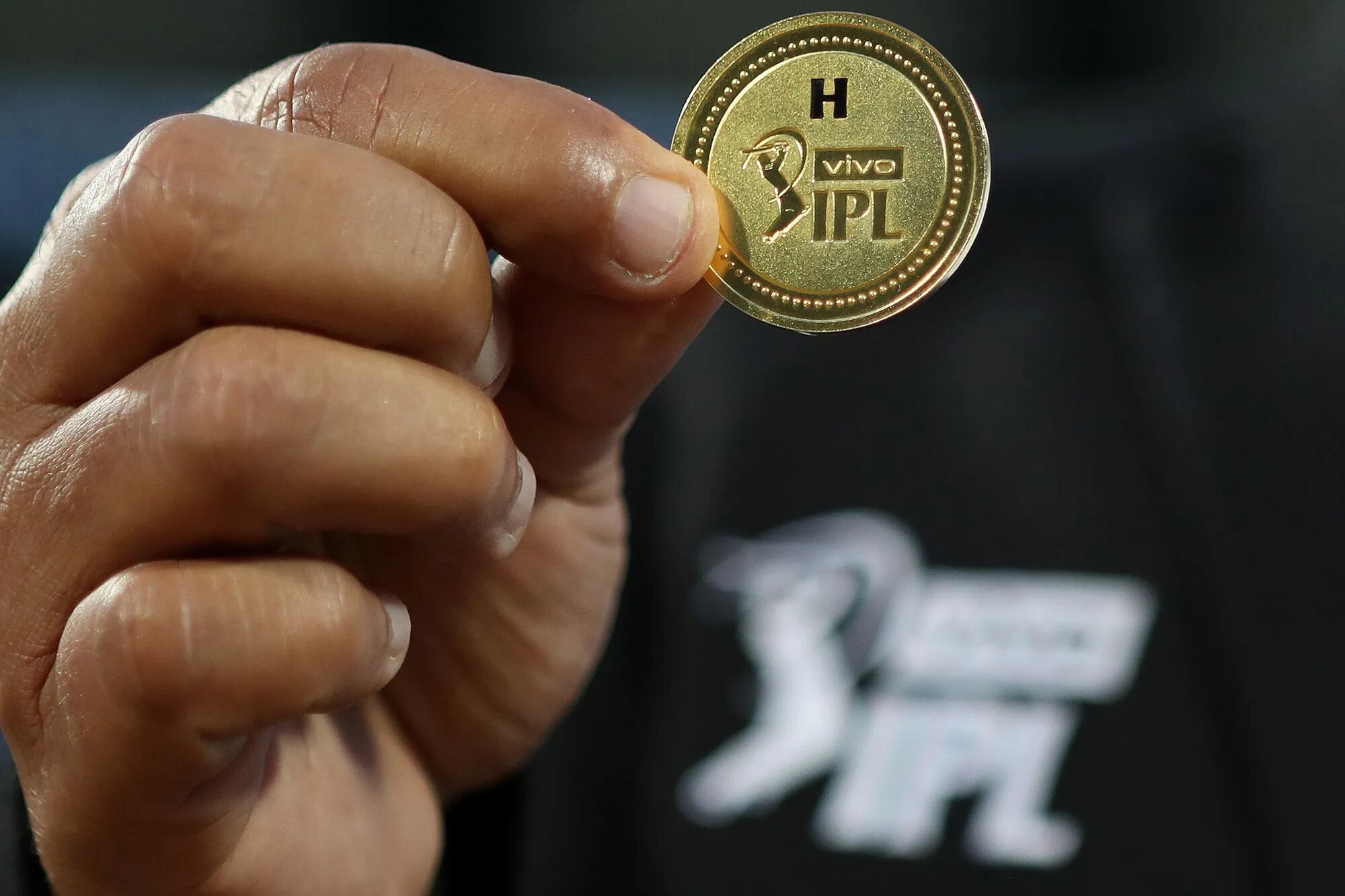 Kolkata Knight Riders have brought in, one change from the previous game. The seamer Kamlesh Nagarkoti is out, and another seamer Shivam Mavi, comes in the playing eleven. Rajasthan have two changes to their team. The medium pacer, Jaydev Unadkat is playing ahead of Shreyas Gopal. Also, the opener Manan Vohra is replaced by teenager Yashasvi Jaiswal.

Winning the toss, Rajasthan Royals elected to field first. The openers of Kolkata, were Shubhman Gill and Nitish Rana.

However, a funny moment happened at the toss. Sanju Samson flipped the coin, as Eoin Morgan called heads. But, the coin came as a tails. Hence, Sanju Samson won the toss. He has a tendency of taking the coin, after winning the toss and putting, it in his pocket. Today, he did not do this, which was quite interesting to see.

The skipper of Rajasthan Royals picked up the coin, and calmly returned it to the match referee.

Shubhman Gill and Nitish Rana opened the innings, for Kolkata Knight Riders. They started a bit slowly as the first four overs, went for just 21 runs. The first over, of Jaydev Unadkat went for just three runs. In the next over, of another left handed seamer Chetan Sakariya, Kolkata added 5 more runs to the total.

The first boundary of Kolkata came in the third over, when Nitish Rana made room and smashed Unadkat for a four through, point region. Mustafizur Rehman bowled the fourth over, which was quite eventful.

First two balls to Gill, were dot. Then, the batsman hit a lovely four, on the leg side. Mustafizur came back on the next ball, as he bowled an off cutter that beat the batsman all ends up. The over ended with Mustafiz Rehman conceding 7 runs as Kolkata were 21-0 after 4 overs.

Watch the funny moment at the toss here: