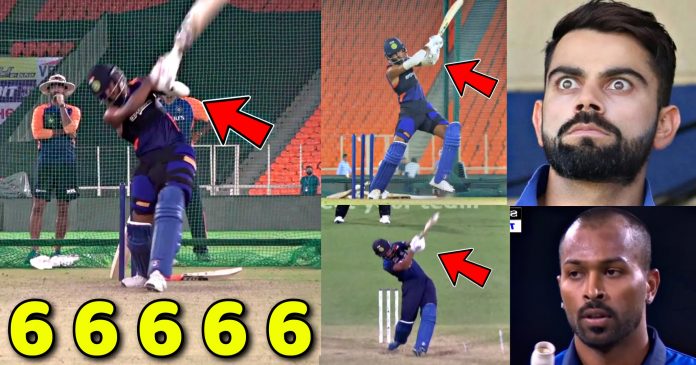 The test series ended in thumping win by 3-1 for India. This series victory extended India’s successful home run to 10 series in a row. Also, it made sure they reach the final of he World Test Championship. India will face New Zealand at Southampton from June 18 in the finals.

Now with test series done and dusted, the tour moves on to the limited overs leg of cricket. Both India and England will square off against each other in T20 series of 5 games. It is scheduled to start from 12th of March in Ahmedabad. The T20 series is also important for both the teams. Good performances in them will bolster the teams for upcoming T20 World cup. It will be held in India later this year.

Unlike in tests, England will be lead by Eoin Morgan who is the limited overs captain of England. Meanwhile, India will be under the captaincy of Virat Kohli.

A lot of players will be changed in either side where the test matches specialists will go home. They will be replaced by limited overs specialist players.

For India, players like Ravi Ashwin, Ishant Sharma, Ajinkya Rahane won’t be there in the T20 team. While, for England, seam bowlers like James Anderson, Stuart Broad and keeper batsman Ben Foakes won’t be there.

Additionally, players who could not participate in the Test series have started their preparations for T20 series in full throttle. With the first T20 match just 2 days away, the teams are sweating it out in the nets. They can be seen practicing their shots and fine tuning their bowling skills and going through fielding drills.

One certified star of India in limited overs cricket and a genuine match winner is Hardik Pandya. Pandya was part of the test team which won 3-1 but could not get the chance to play in the final 11.

Going by that, Pandya seems to be in form. Also, he has now uploaded a new video on his Instagram and Twitter accounts where he can be seen training in the hardest way possible. After his injury in Asia cup two years earlier and the surgery there after, he has played only as a batsman.

The team management advised him to concentrate more on his batting as they found his back too dodgy and injury prone for going through the rigors of bowling in international cricket. Now with improved fitness levels, he has started to bowl slowly and steadily in nets. Pandya is expected to play key roles in overseas test assignments of India when they travel to England for 6 tests. India will play the finals of the World test championship to be followed by a test series of 5 match vs England.

Pandya’s ability as seam bowling all rounder will definitely come handy in the team balance of playing 11 in England.

Keeping that in mind and the IPL to follow after this T20 series, Pandya can be seen training hard in his bowling. Also, his explosive batting towards the end makes him one of the most complete package of a cricketer.

It will be fun to watch Pandya after a long time in the T20 series and the ODI to be followed after that!

Preparation done ✅🇮🇳
Can’t wait to get on the field on 12th 🌪 pic.twitter.com/Nyr6Bys2EF