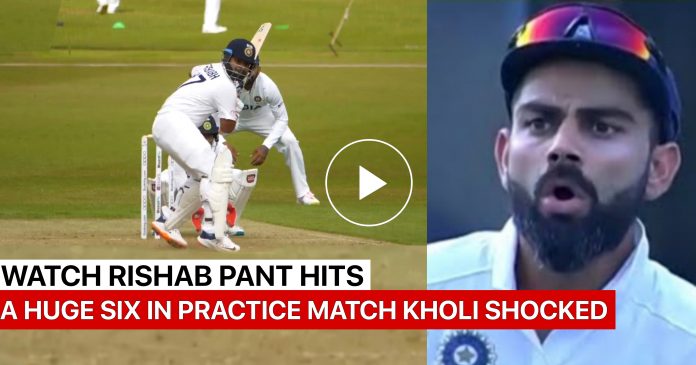 Rishabh Pant continued his merry ways in all kinds of cricket with a sparkling half century in the 4 day intra squad practice match. The Indian team is busy playing a game between themselves with one team led by Rahane and other led by Kohli. Since India landed with 24 players in England, which includes 20 main players and 4 others who are reserved ones, forming two teams wasn’t difficult. 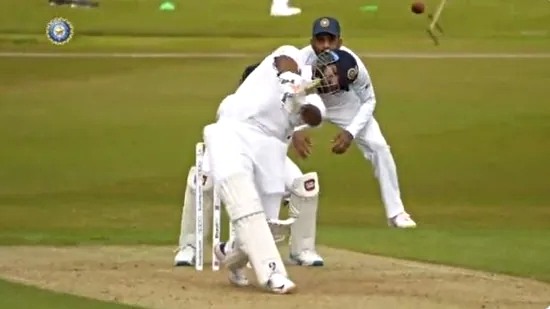 The reason why Indian team is playing an intra squad match is related with COVID. Touring teams around the world these days are unwilling to play practice matches against A teams of hosts due to the vulnerability of COVID. The players live in bio bubble and so, a slight act of carelessness can result in penetration of bio bubble and tours can get cancel.

Also, this is the only practice match India will play before the all important finals vs New Zealand. Needless to say, the players are leaving no stone unturned to prepare for the ultimate clash which begins in Southampton. Accordingly, India began their playing the 4 day game yesterday.

The Board for Cricket Control in India (BCCI) uploaded few pictures and a video on their official social media handles. The pictures had pacers like Shami and Siraj bowling while batsmen like Pujara were batting against them.

Pant is in imperious touch!

In a similar video of the match, Rishabh Pant was batting. The southpaw came down the track and smashed one spinner for a straight six. After that, he raises his bat and went back to the batting crease. The bat raise meant that Pant had hit a 50 with a six.

Unfortunately, the BCCI did not share any kind of scores from the match.

Meanwhile, Ravi Ashwin has come with up with his views on the finals of World Test Championship. He says that since New Zealand are playing against England, they will have an advantage in Southampton when the finals begin.

“If I may say this, it has to be the most exciting part of playing Test cricket. In all these years, it never happened – we’ve never played a team in a neutral venue. But I think going forward, maybe the WTC could add context this way, two teams playing away from their home and sort of bringing the whole ebbs and flows of the game.” Said Ashwin on bcci.tv

Furthermore, Ashwin added – “I expect a very well-planned and well-knit New Zealand team to come at us. Obviously having played two Tests, they will definitely come in with an advantage. So we have to adapt to that.”

A good Day 1 at office for #TeamIndia at the intra-squad match simulation ahead of #WTC21 Final 💪 pic.twitter.com/TFb06126fr