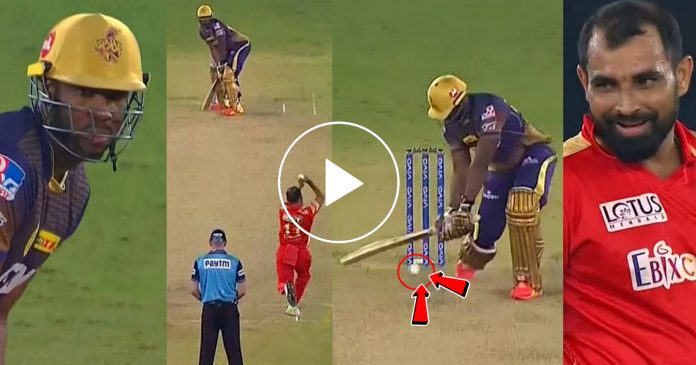 Kolkata Knight Riders have defeated Punjab Kings by 5 wickets and with 20 balls remaining. They achieved the target of 124 runs without having too much of a problem as captain Eoin Morgan played a captain’s knock. The left hander opener made an unbeaten 47 runs in 40 balls as he hit four 4’s and 2 sixes. 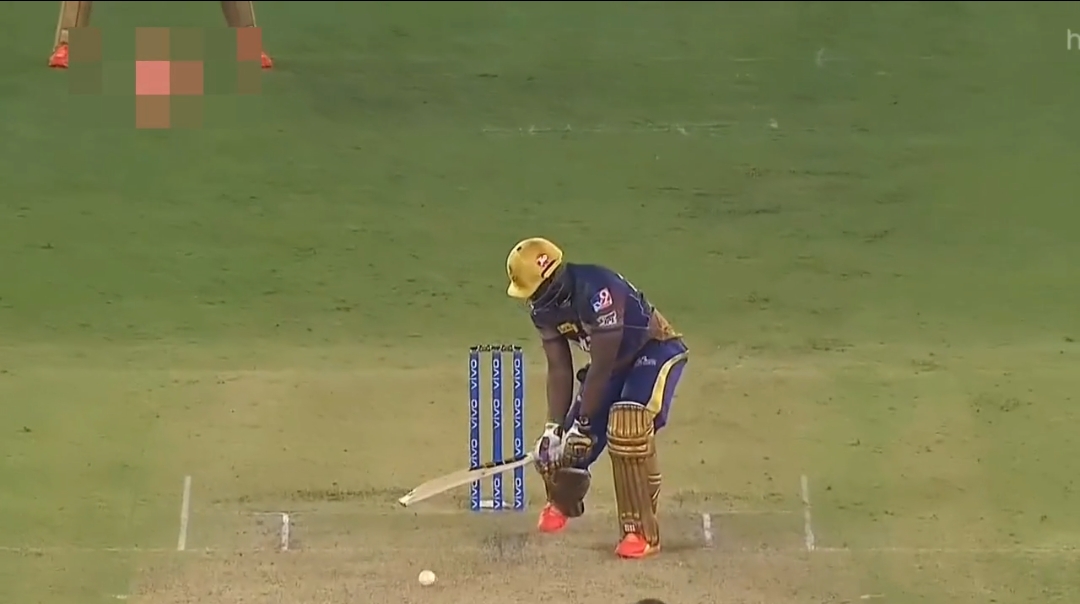 Dinesh Karthik too, remained unbeaten as he made 12* in 6 balls. Moreover, he hit 2 fours, to finish the game off for Kolkata.

For Punjab, Ravi Bishnoi was the most economical bowler, as he gave just 19 runs in 4 overs. Also, Mohammad Shami, gave 25 runs and took 1 wicket. Hence, he was the most threatening bowler for Punjab, as his short deliveries and Yorkers were spot on.

Shami bowls a superb over full of Yorker

One such sensational Yorker came at the end of 12th over. Mohammad Shami was bowling this over as Kolkata had lost a wicket of Rahul Tripathi in the previous over. Andre Russell came at number 6, ahead of Dinesh Karthik.

The first ball was a dot and a single followed on the second delivery. Russell came on strike for the third ball, and that is when Shami’s Yorker ranges were on full display. He bowled consecutive Yorkers after Yorkers. Fortunately for Russell, None of them hit his stumps and he was saved.

Shami came from round the wicket and delivered a Yorker on leg stump. Russell somehow saved himself as he moved his front leg out of the way.

The fourth ball of the over was again a near Yorker. The batsman some how, played it towards mid on.

On the fifth ball of the over, Shami bowled a pin point short delivery as Russell was taken by surprise. He tried to hook the delivery but, the ball took his edge and went through fine leg for a four. It was quite fortunate shot for Russell, as he opened his account.

The last ball of the over was again a terrific Yorker. Coming from round the wicket, the delivery was zoomed in, at the base of middle stump of the batsman. Andre Russell yet again, blocked the Yorker somehow, and then gave a smile to Shami, who returned the favor.