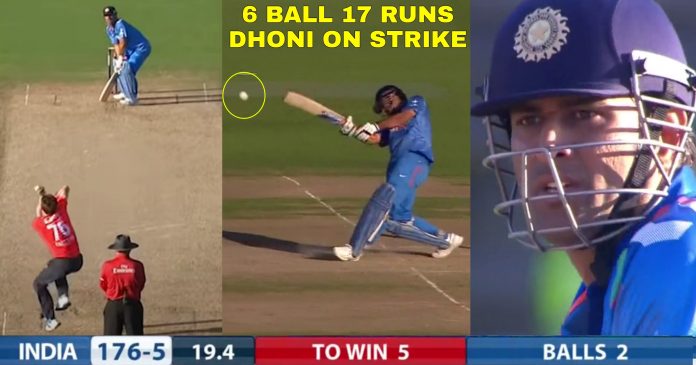 India and England are set to play a T20 series of 5 matches starting this friday. All the games will be played in Ahmedabad. With the T20 world cup to be played in India later this year, this series is important for both the teams regarding proper combination and playing 11.

India and England have played 14 games vs each other. Both teams have won 7 games each. There has been no shortage of close matches between these two. It was the first ever encounter between these two where Yuvraj smashed 6 sixes in an over on the way to hit the quickest half century of 12 balls.

One such close contest between these two is a match which went right down to the last ball of chasing innings. In this article, we will cover this match where the defending team won on the final ball of the game by 3 runs.

India was touring England for a long tour of 5 tests, 5 ODIs and a T20. India had suffered a disastrous defeat of 1-3 in the tests. However, they came back back strongly in the ODI series and won it 3-2. With both teams winning one format each, al eyes were now on the one off T20.

This T20 was played at Birmingham. The English captain Eoin Morgan won the toss and elected to bat first. The opener Alex Hales played a sparkling innings of 40 in just 25 balls. This provided the impetus England needed. However, quick wickets threatened to derail the English innings. This is when, Eoin Morgan decided to step in.

The English skipper launched a sensational counter attack on Indian bowlers. He blasted 7 sixes in his 31 balls innings of 71 runs. Additionally, the Indian bowlers wilted under pressure and leaked 50 runs in the final 3 overs.

On the back of their captain breath taking innings, England scored 180-7. Shami was the stand out bowler taking 3 wickets for 38 runs.

The reply from India wasn’t the best. Opener Ajinkya Rahane was dismissed in the second over itself when he was cleaned up by spinner Moeen Ali. After that, Kohli and Dhawan played some clinical shots and added 79 runs for the second wicket. Dhawan was then dismissed after scoring 33 runs.

With Kohli and Raina going strong, Indian team was looking good for victory. However, that is when Kohli was dismissed and panic set in. Consequently, a score of 131-2 in 14 overs quickly became 153-5 in 17.4 overs. Hence, India needed 28 runs in 14 balls. After scoring 9 runs in the penultimate over, the equation read 16 runs to win off the final 6 balls.

The final over drama

Chris Woakes was bowling to Dhoni with 16 runs to defend in the final over. As expected, the first ball was a fuller one which Dhoni nailed over midwicket for a six! Now, India required just 10 off last 5 balls.

The next ball was a slower one that was pulled for a brace. On the third ball of the over, the bowler delivered a precious dot. It so happened because Dhoni after hitting the ball to midwicket had refused the single.

Fourth ball of the over was thumped over mid off a four as just 5 runs were required of final 2 balls. The next ball was again met with a hit but with ordinary timing. No run was scored as Dhoni again refused the single. On the final ball, Dhoni required either a 4 to tie the game or a six to win the game.

With 5 runs to defend, Woakes bowled a slower short delivery which Dhoni could not hit at all. He managed to just nudge the ball with poor timing as they could score just a single.

England and Woakes had held their nerve as they won by 3 runs. It was first time that Dhoni could not finish the game in last over. England won the solitary game of T20.

Watch the highlights of this match here: