Cricket is a game which is not only played on the ground, but also in mind. There is a lot of planning and tactics, which goes into the game. This is a reason, why teams prefer captains who are astute thinkers and have, the ability to take correct decisions using the mind, whenever required. 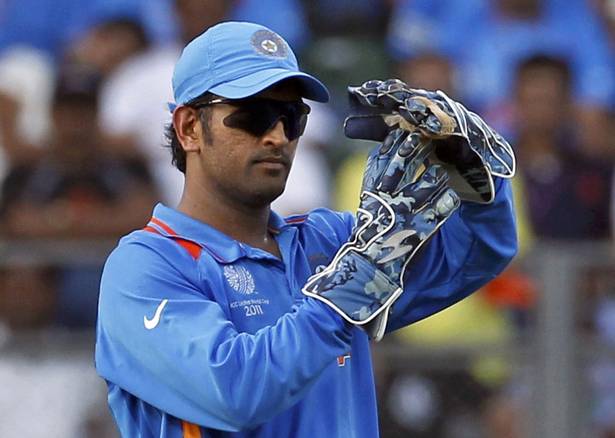 When it comes to captains who, put in a lot of effort in tactical strategies, MS Dhoni is the first name, which comes to mind. His presence of mind, from behind the stumps was second, to none. A lot of times, India won the match from seemingly hopeless position, only due to brilliant tactical thinking by Dhoni.

Here, we would take a look at top 10 moments of Dhoni, where his impeccable presence of mind, was on display.

It was, the final ODI of the 5 match series. India had already, lost the first 4 match and a white wash, was on the cards. Batting first, Australia made 330-7. India too, replied in a solid fashion. The openers, gave them a great start. At the end of 49 overs, India required 13 runs. MS Dhoni and Manish Pandey, were on the crease.

The first ball of the over, was a wide. Then, the next delivery was pumped, by Dhoni for a six. However, Dhoni mistimed his hit on the third ball, and the ball went up in the air towards, long off. It was clear that he, would be caught. Hence, Dhoni jogged down the non strikers end. But, on seeing that his partner, is ball watching and not responding, he gestured to him, by his hands to cross him over.

This would mean that Pandey would be on strike, to face the next ball, instead of a new batsman. It was great decision by Dhoni, as Pandey finished the game off, in next 2 balls.

This was an ODI match between, India and England in 2006. India was hosting England and here, hosts were batting first. In the slog overs, Dhoni and Raina were batting as the bowler, bowled a Yorker to Dhoni, who tried to whack it, but failed. The ball dribbled, along to the wicket keeper in the leg side, who dived and collected it.

By then, Dhoni had wandered out of the crease, and was looking to steal a single, but the wicket keeper was, equally alert. He scored a direct hit, at the strikers end, but Dhoni was already in. So, he ran for a single, when he saw the ball is out of reach, of wicket keeper. To make matters worse, the keeper was still lying on the ground, in a lazy attitude.

Hence, Dhoni decided to take, the second run. By the time the keeper realized, it was too late. Dhoni was already hot on his heels and he, completed the double, before the keeper could inflict, any damage.

It was an IPL match and Dhoni, was playing for Rising Pune Supergiants. It was a match against, Kings 11 Punjab. Here, the opposition batsman tried, to late cut a spinner. But Dhoni was quicker, than the batsman. As soon as he played that shot, Dhoni took out his left leg and used it like a bat, to stop the ball then and there. It was a true Dhoni trick, out of the blue and, not found in cricketing books. Hence, a certain four was saved, by the genius of Dhoni.

This was a match between, India and Australia. The hosts were, Australia and were chasing in the match. They were in dominant position, on a flat wicket and India required, a wicket quickly as the match, was slipping away.

Then Dhoni came up with his bag of tricks. The Aussie batsman, played a shot towards long off and ran, instantly. Umesh Yaadav was the fielder, at mid off and he sprinted quickly, for the ball. Then, he dived and got hold of the ball, and threw the ball towards Dhoni. The wicket keeper did not react, to the throw till the last moment as he saw, that Mitch Marsh was not looking, at the ball. Hence, he was casual in his approach.

As soon as the ball came to Dhoni, he instantly whipped off the bails, and ran Marsh out. The batsman was shocked, as he did not expect the ball, to come to his end. But, it did not matter and he, had to go to the pavilion.