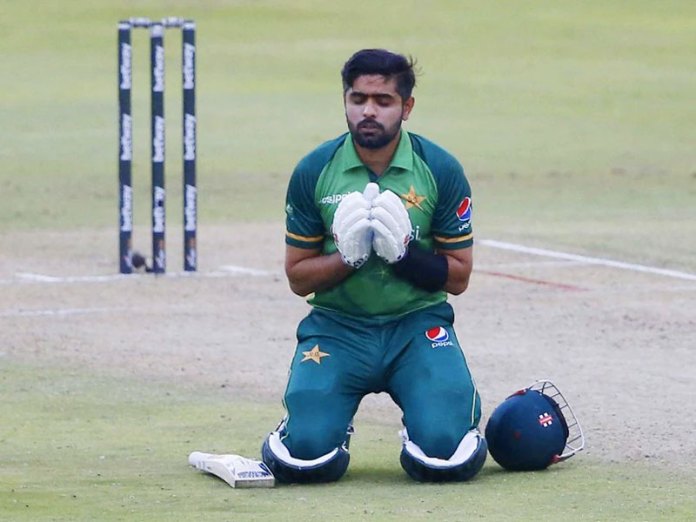 Pakistan and England are facing each other in an ODI series of 3 matches. It is an interesting series since the whole squad of England which was scheduled to face Pakistan had been quarantined. 3 cases of COVID positive players were found and so the whole team had to go through the process of isolation.

To avoid the cancellation of series, England had to declare a whole new team led by Ben Stokes. As many as 9 uncapped players were selected overnight in the England squad. Out of that a total of 5 debutants are playing for England in today’s game vs Pakistan.

Batting first, the tourists had a disastrous start. They lost a wicket on the very first ball when Saqib Mehmood a debutant dismissed the opener Imam Ul Haq. He was found in front of the wicket. Just a ball later, Mehmood hit a gold. He sent back Pakistan’s captain and one of the finest batsman of this format, Babar Azam.

Azam was caught behind the wicket when he nicked one off to second slips. The Pakistani captain was out for a duck. After this there was a procession of tourists wickets. One after another they kept falling like pack of cards. Fakhar Zaman was the top scorer for his side with 47 runs while Shadab Khan made 30 runs.

For England, debutant Saquib Mehmood took 4 wickets for 42 runs in 10 overs. Craig Overton and Matt Parkinson took 2 wickets each as Pakistan was bundled out for 141 runs in 35.2 overs.

As soon as Babar Azam got dismissed for a duck, he got started to troll badly on social media. His fans trolled him that he could not score on a flat track against an inexperienced side and weak bowling attack. Pakistan expected that he would score good runs in the series against second string England, but that did not happen.