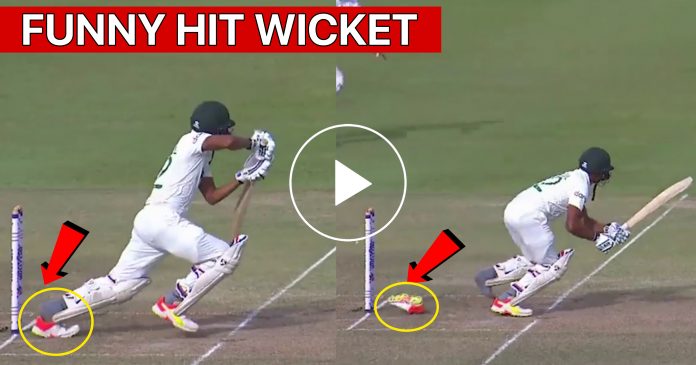 Cricket has a lot of mode of dismissals for a batsman. While the conventional ones are bowled, caught and LBW, the unconventional mode includes timed out, Mankading and Hit wicket. For any batsman, getting out through the latter mode of dismissals are considered unfortunate. No matter who the batsman is, they consider it as a waste of wicket. 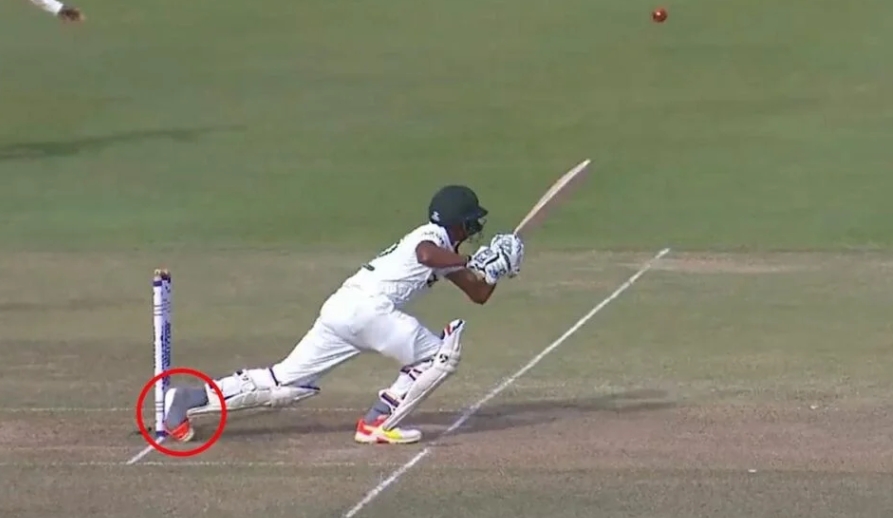 One new addition to this book of weird dismissal is Bangladeshi player, Taijul Islam. He is a specialist bowler, who bats at number 8 for his team. Taijul Islam is a left handed off spinner and bats with the same too.

The incident happened in the second test played between Bangladesh and Sri Lanka. Kandy was hosting the match. Batting first, Sri Lanka made 493-7 in the first innings. The opener Lahiru Thirimanne was the top scorer and made 140 runs. For Bangladesh, Taskin Ahmed the right arm pacer took 4 wickets and was the most successful bowler for his team.

In reply to Sri Lanka’s huge score, Bangladesh openers started on a great note. Tamim Iqbal and Saif Hassan added 98 runs for the first wicket. Then, Hassan was dismissed, which opened the floodgates for Sri Lanka. After that, none of the batsman could stay at the wicket as, wickets kept falling at regular intervals.

Soon, Bangladesh were reduced to 246-9 and were in danger of conceding a large lead to Sri Lanka. The number 8 batsman, Taijul Islam and Abu Jayed, the number 11, pushed their team’s score past 250. Then, the incident regarding Taijul, happened.

It was the 83rd over of the innings and Suranga Lakmal was bowling. On the last ball of the over, Lakmal bowled a good length delivery as Islam defended it towards off side. However, while he was playing the delivery, his left shoe came out of his foot and rolled towards stumps. Before Islam could realize the gravity of the situation, the shoe dribbled, and crashed into the stumps.

As soon as it hit the stumps, the bails fell off and Islam was OUT. It was a bizarre dismissal that left the batsman in shock. He could not believe what he saw, and it took him sometime to pick the shoe up and go back to the pavilion. While the Sri Lankan players enjoyed this weird dismissal, the Bangladeshi players were left stunned.

Taijul Islam made 9 runs in 50 balls and was the last man out. Bangladesh were bundled out for 251 runs and were trailing by 242 runs in the first innings. With a lead of 242 runs, Sri Lanka batted again and made 194 runs, setting the opposition a target of 437 runs.

In reply, Bangladesh could only manage 227 runs in the second innings. Mushfiqur Rahim made 40 and was the highest run getter for his team. Hence, Sri Lanka won the match by 209 runs, to win the test and the series.

The first test was a draw and Lanka won the second to win the series 1-0.