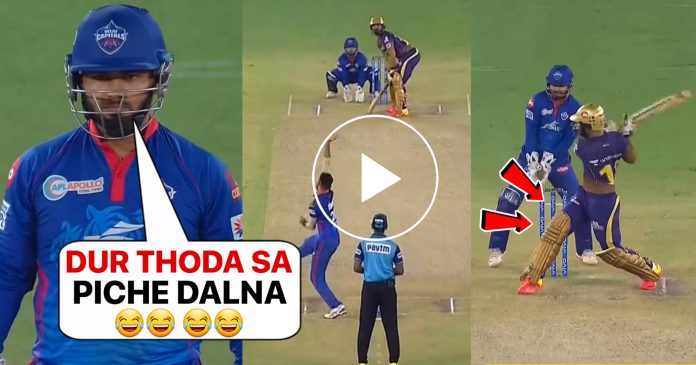 The second match of the double header day is underway. Delhi Capitals are facing Kolkata Knight Riders. The captain of Delhi Capitals, Rishabh Pant won the toss and elected to field first. Pant said that there might be dew in the second innings, so he is opting to field first. They have one change in the team. Amit Mishra is out, injured and Lalit Yadav is in. 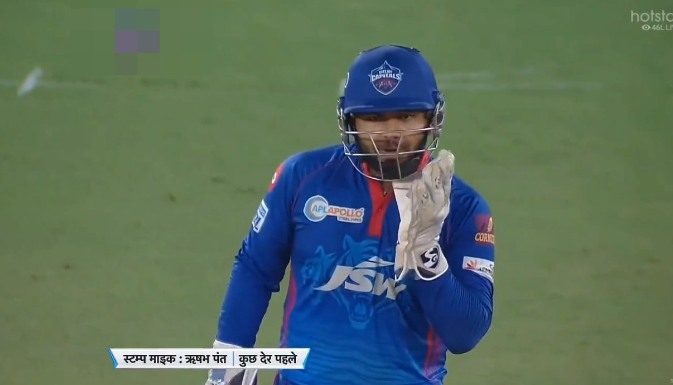 The start for Kolkata yet again wasn’t great. Middling form of Nitish Rana continued as he got out for a cheap score. He hit 15 runs in 12 balls that included a four and a six. Rahul Tripathi and Shubhman Gill added 44 runs for the second wicket, before Tripathi fell. Consequently, this opened a floodgates of wickets as Kolkata lost three wickets in no time.

Pant predicts and plans a wicket

Captain of Kolkata, Eoin Morgan was dismissed without opening his account. The same happened with the next batsman Sunil Narine who was sent back to the pavilion for a duck. Gill followed them after few runs, soon. Hence, a score of 69-1 became 82-5 in the 13th over.

However, an interesting moment happened in the match, when Dinesh Karthik came to bat. It was in the 17th over of the match. Karthik was on the strike and had made 14 runs with a six and a four. Just before Axar Patel came to bowl, Pant said to him – “Thora dur rakhna. Ye to tedhi sweep maarne k liye baithege. Thora dur rakh kar maarne de”. ( Keep it far from him. He wants to hit a reverse sweep, so let him hit from far)

True to his predictions, on the second ball of the over, Karthik tried to play a reverse sweep to Patel. Moreover, the bowler already knew this and bowled a short ball. The batsman by that time, had already committed into the shot. Hence, the ball beat his attempted sweep attempt and was hit on the pads and was adjudged LBW isntantly.

It was a display of great captaincy from Pant.