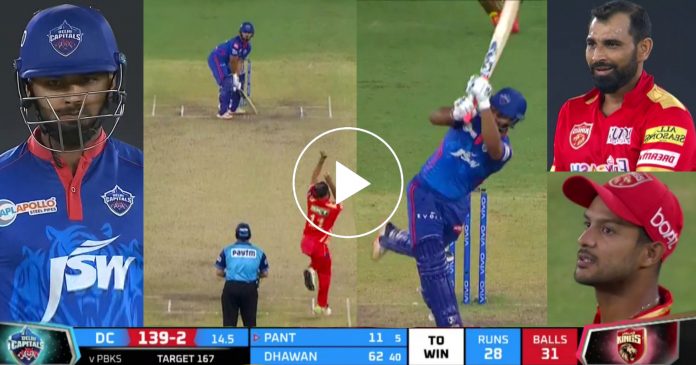 Delhi Capitals captain Rishabh Pant once again produced a jaw dropping shot in the ongoing game against Punjab Kings. The southpaw is having a mediocre season so far by his standards.

However, he managed to produce the goods whenever needed. On the other hand, Rishabh Pant is proving to be quite a leader this season. The young wicket keeper has led Delhi Capitals quite well as they sit at the top of the table with 5 wins halfway through the season. 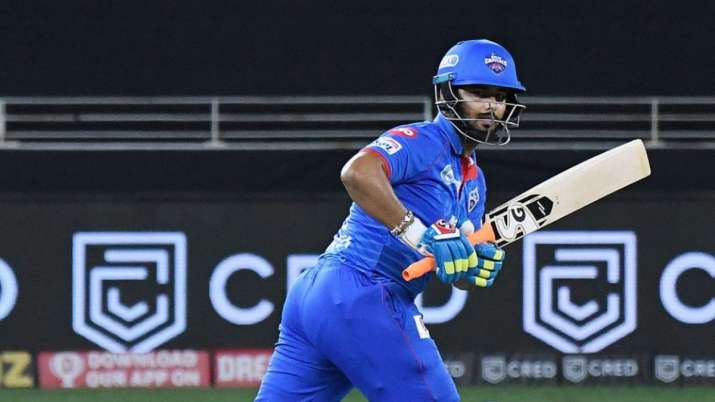 Coming to the brilliant six from Pant, Mohammed Shami bowled a delivery onto his pads. Pant showed his swagger with a brilliant pickup shot and the ball landed over deep square leg boundary.

The fielder thought he had a chance when he charged in to take a catch. But the ball has clearly sailed past the boundary rope leaving him no chance. This is definitely one of the finest shots by Pant in the ongoing IPL season.

But his innings was cut short soon after when he was dismissed by Chris Jordan. Pant has been in brilliant form since the end of last IPL. He managed to reduce his weight and work more on his agility.

The results were quite evident as he made a roaring comeback into Indian cricket team. He will play an important role for Virat Kohli in the upcoming T20 world cup as well. Meanwhile, Delhi Capitals cruised to yet another victory after an easy chase.

Kagiso Rabada gave important wickets for Delhi to restrict Punjab Capitals for a below par 166. On the other hand, Mayank Agarwal played an impressive unbeaten knock of 99 to take them to that total.

But Delhi Capitals were off to a flier in the chase. Shikhar Dhawan and Prithvi Shaw have been brilliant with the bat inside the powerplay which made life so much easier. Despite the absence of Shreyas Iyer, Delhi Capitals managed to show their potential.

With six victories from 8 games so far, Delhi are on course for yet another play off qualification. After the defeat to Mumbai Indians in the finals last season, Delhi Capitals are hoping to get their hands on the IPL trophy for the first time.

Joe Root’s has something to say about Rishabh Pant. Watch out, Pant!