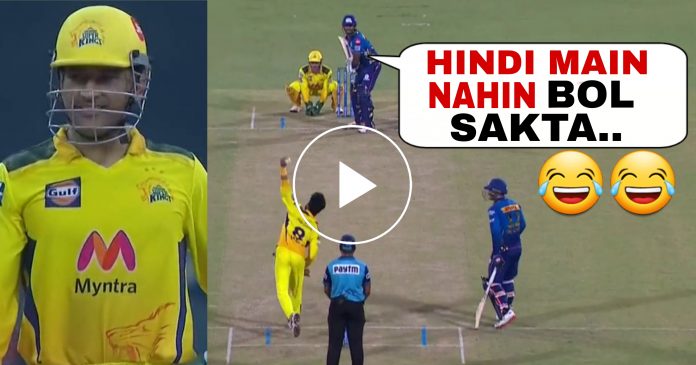 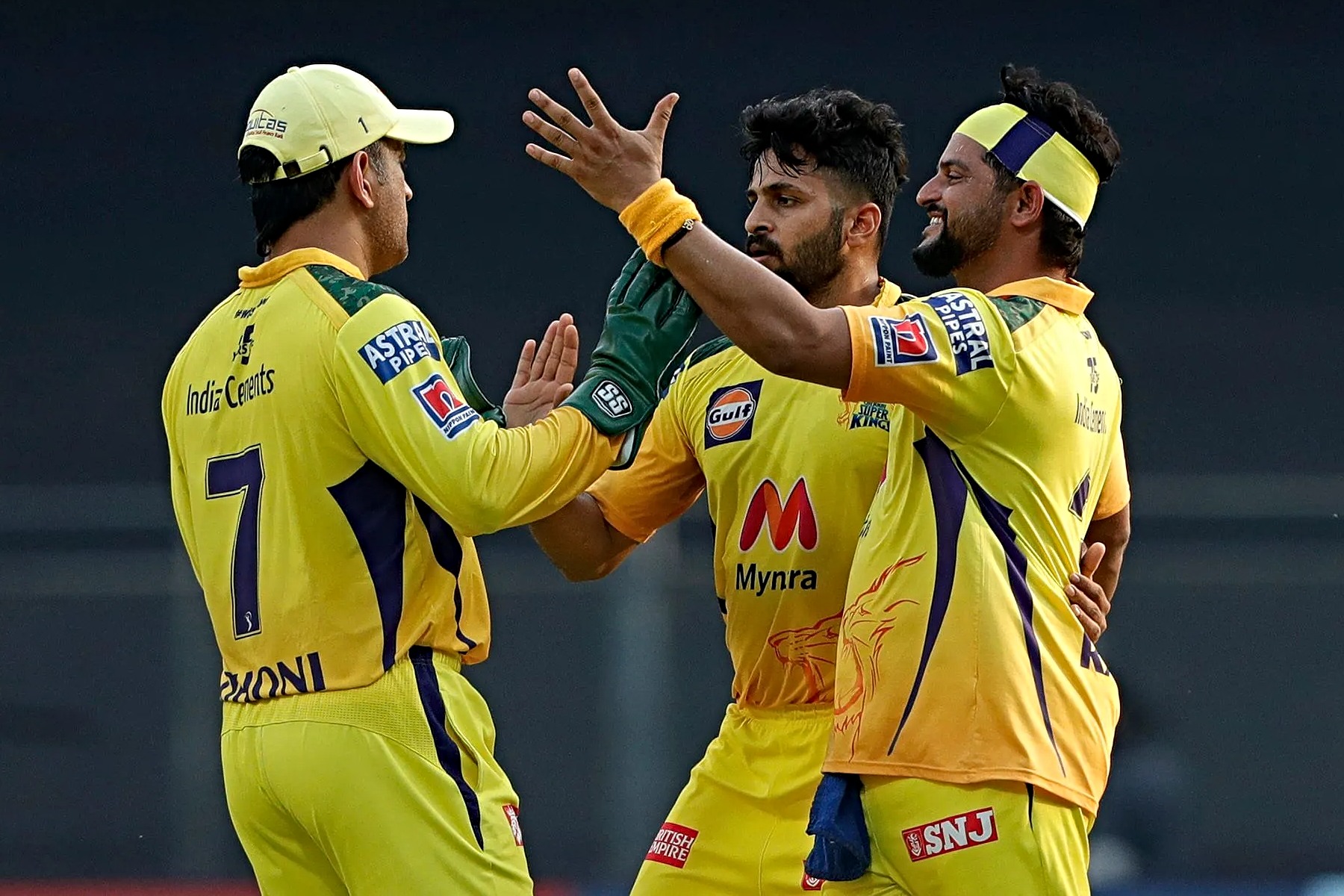 Chennai’s match was against Rajasthan Royals. Batting first, Chennai Super Kings made 188 runs. Then in reply, Rajasthan Royals could only manage 143 runs for the loss of 9 wickets. They lost the match by 45 runs.

During, the match, Ravindra Jadeja was going to bowl his over. Dhoni was trying to set the field for his bowler. However, he was left annoyed when he saw that the players are missing from their fielding positions.

Then, a frustrated Dhoni remarked something, which was also heard in the stump mic. He said – “Yaar, ye ek player hamesha gayab ho jata hai”.

Dhoni said – What nonsense is this? Every time a player, goes missing from his usual fielding position.

It was an amusing analysis by Dhoni.

In the same match, there was one more voice heard from Dhoni. Here, he was giving suggestion to Ravindra Jadeja. Consequently, like most of his suggestions, this was also correct.

It was the twelfth over and Rajasthan was 87 for 2. They required a further 102 runs in 9 overs. Then just before Jadeja came to bowl, Dhoni shouted to Jadeja “andar ki taraf”.

Dhoni meant to say that “bring the ball back in to Buttler”. And sure, Jadeja did bring the ball back in. As he did it, Buttler was bowled neck and crop. The ball pitched in on the middle and off, got some turn and just sneaked through the defences of Buttler. He tried to push it into the leg side, but the ball evaded his attempt and rammed into the stumps.

Once again, Dhoni had planned and got the better of opposition batsman, just by his clever cricketing knowledge.

This match was played between Chennai Super kings and Punjab Kings batting fast Punjab Kings could only manage 107 runs in the face of some exceptional violin by Chennai Super Kings at target of 108 was too easy for Chennai as their from form to victory by by 6 wickets and 26 balls to spare.

However, amidst this, the particular statement was given by Dhoni in, the fifth over of the match. Deepak Chahar, had dismissed Chris Gayle and Nicholas Pooran in, the space of 3 deliveries.

The bowler started appealing, but the umpire remained unmoved. By the time he had a look, to Dhoni for review. Dhoni nodded and said “chal chal ja ja out Nahin Hai”!.

This means that Dhoni quite confident that, Khan was not out. That is why he said, go go it’s not out. In the replays, the ultra edge showed no spike, from the bat of Shahrukh Khan.

Hence, once again, Dhoni was spot on with his decision.